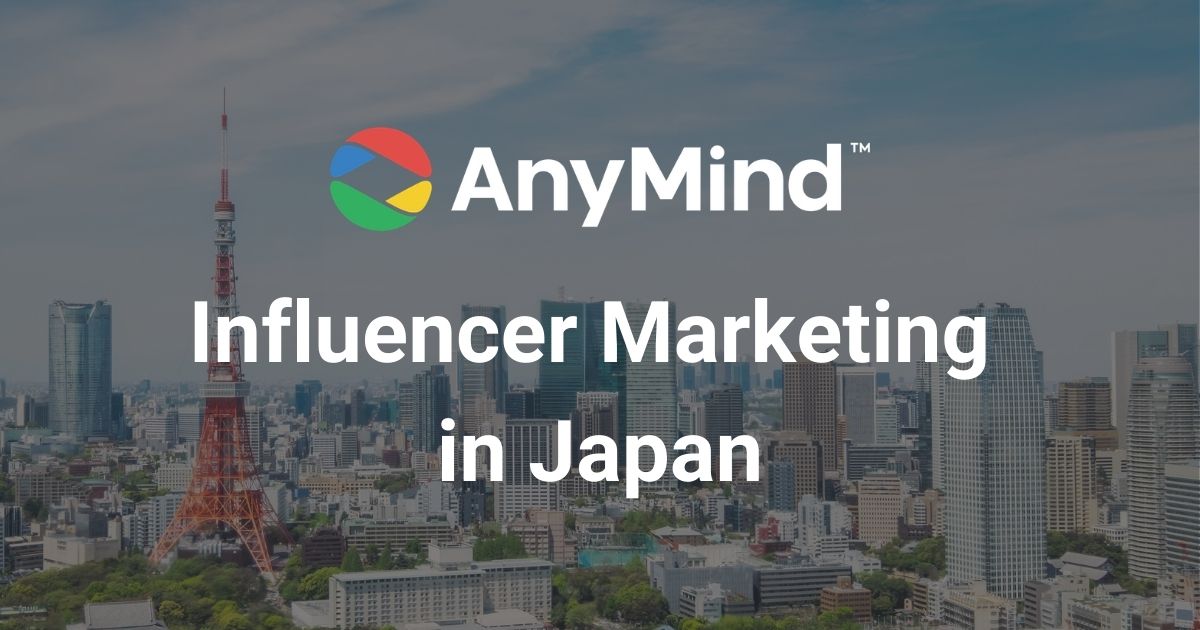 We’re tackling one of the most unique markets in Asia for social media usage and influencer marketing, as we look at a market we have grown a foothold in since April 2017 – Japan.

But first, some stats to see how big this market actually is for influencer marketing.

We’re looking at a highly mature market in Asia, with data from Hootsuite and We Are Social placing internet users at 92% of the population, and a penetration rate of 65% (82 million people) for active social media users. With that said, the report indicated that internet users in Japan spend an average of just 45 minutes a day on social media.

At the same time, online video consumption in Japan stands at 74% of the internet population, or roughly 86 million people (more than active social media users). We’ll go into more details about specific platforms later on, but as you can see from this quick data snapshot, you’ll need a good strategy to reach Japanese users through social media.

Let’s take a look at influencer marketing in Japan Based on data from the AnyTag platform (formerly known as CastingAsia) in the past 6 months, the most popular verticals that utilized influencer marketing include beauty, travel, e-commerce, gadgets & technology, and mobile apps, with Twitter, Instagram and YouTube the most activated SNS platforms activated through AnyTag.

Going slightly deeper into the data, we found that Instagram was the platform that got the most post likes, due to the medium’s ease in engagement. On the other hand, Twitter generated the most conversations and shares between the influencers and their followers.

Now what about influencers? Leveraging on data points of Japan-based influencers on AnyTag, the global trend of engagement rates decreasing as the number of followers increases, still holds true. However, that does not paint the full picture. Our data shows that the follower-to-engagement-rate sweet spot on Instagram is of influencers with 500 to 10,000 followers, and for Twitter, 1,000 to 50,000.

Based on data from campaigns through the AnyTag platform, we have noticed that there is little correlation between the number of followers and clicks on call-to-actions. The clicks are derived when an influencer creates compelling content, rather than just having a high number of followers or high engagement rate on posts. These insights show that although engagement is still important, what’s key to social media influencer marketing success in Japan is in working with the right influencers to produce content that convinces the right audience to take a certain action.

Platforms We’ll take a closer look at YouTube, Twitter and Instagram usage in Japan, so that you’ll be able to plan the best strategy for your influencer marketing campaigns in Japan.

YouTube As the most widely consumed platform in Japan, working with influencers and content creators in YouTube ensures you’re able to reach your ideal audience profile and size in Japan.

At the same time, many content creators (and influencers) in Japan are signed to a management company. For example, AnyMind Group acquired GROVE, an influencer network that has over 150 exclusive and 750 non-exclusive influencers and content creators in Japan, including actors, musicians, comedians, athletes and more.

Twitter The second most-popular social media platform for influencer marketing is Twitter, and Japan is one of the strongest markets for Twitter globally. The most obvious reason for the platform being popular is that the Japanese language can convey more context within Twitter’s character limit, compared to say the English language.

A popular way of using Twitter in Japan, apart from socializing with other users, is to gather or store news and information. A trend amongst Twitter and Facebook users, that is unique to Japan, is “Online Salons”, a concept where experts open up private chat forums on Twitter for their followers to consult or discuss with them about certain topics, allowing these experts to form their own influence as well. There are both free and paid Online Salons that exist.

Instagram Instagram is an interesting one. This platform is popular amongst the younger generation in Japan, and although a predominantly visual platform, posts with heavy text also perform well in Japan.

Data collected from the AnyTag platform showed that Instagram was a popular medium of choice for brands in fashion, beauty, travel and gadgets. At the same time, we’re seeing other types of businesses starting to adopt Instagram influencer marketing in Japan, including real estate, offline retail and mobile app companies.

The AnyTag platform (formerly known as CastingAsia) enables marketers to discover influencers, along with activating, managing and tracking influencer marketing campaigns in Japan and other markets around the world.

AnyCreator (formerly known as CastingAsia Creators Network) is an Asia-wide influencer network that was launched by AnyMind Group, and equips influencers with resources and knowledge, preparing them for further growth.

Additionally, AnyMind Group acquired Tokyo-headquartered GROVE Inc, an influencer network comprising of exclusive and non-exclusive actors, musicians, artists, athletes and more. A joint venture with Japanese PR agency, Sunny Side Up, was also formed. Named AnyUp, access to celebrities, professional athletes and more, that are represented by Sunny Side Up, are now accessible through AnyMind Group.

AnyStyle.Tokyo and AnyLive were also launched by AnyMind Group for Japan. AnyStyle.Tokyo provides marketers with access to foreign influencers living in Japan, whilst AnyLive is a specialized influencer network of live streamers in Japan.

If you’re keen to learn more or find out how you can run effective influencer marketing in Japan, please feel free to reach out to us.