AnyMind Group is a technology company that provides a one-stop platform for brands to support production, e-commerce construction, marketing, and logistics in 13 markets and 17 offices around the world.

Make It Exciting
For Everyone
To Do Business.

We live for the moments when people's passions, dreams, and ideas come true.

That's why we provide technology to make every business borderless.
Empowering everyone with greater possibilities and freedom to create new products and services.

Let's move forward, together.
Any passion, any dream, any idea can create new value in this world.

Technology has enabled an age where anyone can do business with the rest of the world.

We're looking to make every business borderless by providing an integrated platform that solves challenges for people and companies with passion and ideas. Our technology creates a world where everyone can do business more easily and globally. 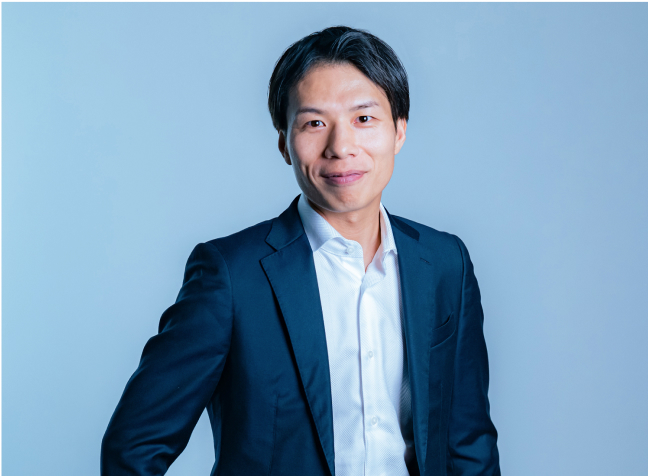 Since I was a boy, I dreamt of becoming an entrepreneur. I was excited by the prospect of running my own business and creating an impact on the world.

In 2016, my passion and dream came true with the founding of AnyMind Group together with Otohiko Kozutsumi. Over the years, the company has gone full speed into new markets, new products, and new industries. We have also propelled the growth of the most exciting and forward-thinking enterprises and creators in Asia and beyond by constantly delivering new value to them.

As a company, our purpose is to make it exciting for everyone to do business. From our technology and solutions to our people, we’re all focused on opening up new possibilities for our customers, and that is why we’ve constantly evolved and expanded our offerings over the years.

Today, we are an end-to-end commerce enablement company that is transforming commerce to become more exciting, effective, and efficient through our technology. We’re putting the ability to do great business into the hands of creators and enterprises across Asia and the world, and empowering them to experience the excitement in easily bringing ideas to life.

I believe that any passion, any dream, and any idea can create new value in this world, and the thing is, we’re only getting started. 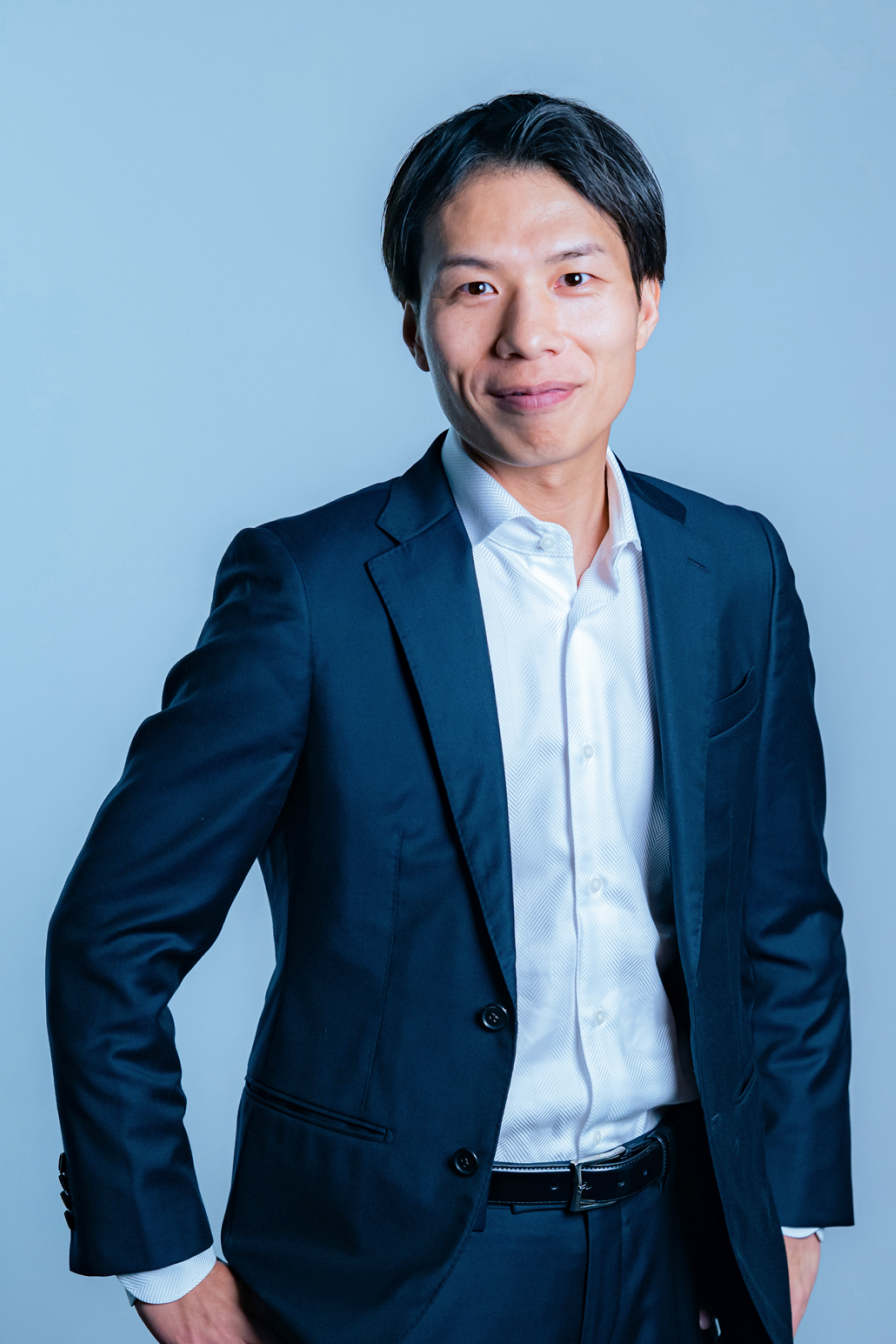 <Brand Commerce>
Development and provision of a platform that provides one-stop support for brand design and planning, production, e-commerce enablement, marketing, and logistics.

<Partner Growth>
Platforms for website and mobile application publishers and content creators to monetize and grow their brands.

Kosuke Sogo is CEO and co-founder of AnyMind Group, and oversees the expansion and growth of the company and its business units in globally. He is in the top 20 of the “Japanese Entrepreneurs Ranking 2020” by Forbes Japan, and has several other awards including "Under-30 Achiever of the Year" in 2017 by Mumbrella Asia, and more. He was Managing Director, APAC for MicroAd Inc, and the youngest-ever director for the company.

Rohit Sharma is the Chief Operating Officer of AnyMind Group. Sharma is responsible for AnyMind Group’s strategic plans and product opportunities. Sharma is also co-founder of POKKT Mobile Ads, acquired by AnyMind Group in March 2020. Sharma has over 20 years of experience in the digital advertising industry, and prior to POKKT, Sharma held roles at Reliance Entertainment, Times Internet, and Cyber Media India Limited.

Otohiko Kozutsumi is Chief Commercial Officer and Co-founder for AnyMind Group. Otohiko has 8 years of experience in digital marketing, advertising technology and business development. Prior to AnyMind Group, he held leadership roles in ad tech companies.

Keizo Okawa is the Chief Finance Officer at AnyMind Group, and he leads AnyMind Group’s financial strategy, control and management. He is also responsible for the corporate function for AnyMind Group.He has over 13 years of experience working in the financial industry, and prior to AnyMind Group, he was at Morgan Stanley, where he was vice president in the investment banking group.

His experience covers product development across mobile applications, games, news applications, and an ad network that he co-founded.

Purwa Jain joins from Collab Asia, where she was Head of Advertising for Asia. Prior to Collab Asia, Jain held product and Sales Management roles at InMobi, Hooq, POKKT, Mobilewalla and Komli Media. In her role as Managing Director of Product Growth, Jain will be responsible for the growth of various AnyMind Group’s existing and new products along with product direction and strategy.

Shailesh Garg leads the POKKT engineering team at AnyMind Group. Garg joins from RevX, where he was Chief Technology Officer for the app marketing platform. He also had stints in Amazon, Webaroo and Novell.

Siddharth Kelkar is spearheading the global performance business at AnyMind Group, and has over 17 years of expertise across various mediums including television, print and digital. He has worked in various leadership roles at Reliance Games, CNBC TV18, SVG Media and most recently at POKKT Mobile Ads.

Takehiko Mizutani joins AnyMind Group with over two decades of experience in human resources. Mizutani started his career at Recruit Co., Ltd. then moved to management consulting firm Link and Motivation Inc. In 2013, he founded his own consulting firm focusing on organizational consulting and learning and development. As Managing Director of Human Resources for AnyMind Group, he is responsible for the human resource function across AnyMind Group’s 13 markets, with a focus on HR strategy, policies and initiatives on organization-wide and local market levels, and drive sustainable organizational growth for the company.

Lidyawati Aurelia is the Country Manager of AnyMind Group in Indonesia. She is responsible for the company’s operations in Indonesia, with the aim of establishing AnyMind Group as the leading technology company in Indonesia with technological solutions for various industries that empower growth.

Nguyen Thi Ha My leads AnyMind Group's business and operations for Vietnam. She has worked across the marketing and advertising industry, including roles at Happiness Saigon, Daybreak Digital, Dream Incubator and Customer Smile JSC.

Wing Lee leads AnyMind Group's business and operations for Taiwan. She has more than a decade of exprience working across the advertising and marketing industry in leadership positions.

Shohei Murata is an auditor at AnyMind Group. He started his career at KPMG in 2011, and in 2017, joined AnyMind Group, where he worked in a wide range of accounting and finance roles, and has been in his current position since 2019.

Shogo Ikeuchi was appointed Board Director in 2011 and was responsible for the Human Resource / General Affairs Division as CHRO until 2020. In 2014, he was appointed Representative Director of Recruit USA, Inc. He became Executive Officer in 2005 and Corporate Executive Officer and Board Director of the Company in 2012. In Corporate Planning he formulated mid-term growth strategies, promoted new business development, and facilitated overseas business expansion. After involvement in a supercomputer project and the Corporate Planning Department, he transferred to the Human Resources Department in 1993 where he engaged in designing HR strategies and systems. Shogo Ikeuchi joined Recruit Co., Ltd. (currently Recruit Holdings Co., Ltd.) in 1988.

Nao Kitazawa spent six years as an investment banker at Morgan Stanley, where he helped grow the firm's real estate practice. Prior to this, he worked as a lawyer for six years, practicing financial and real estate law in Japan and New York. In 2014, he participated in the launch of Money Design Inc. as COO, and also the launch and business expansion of robo-advisor "THEO". He also contributed to the establishment of the Fintech Association in Japan as a board member (retired). He joined Coinbase in 2018, the largest virtual currency exchange in the United States. He is currently CEO of Japan for Coinbase.

Oka handles a wide range of corporate legal matters, including IPOs and other securities transactions in domestic and international capital markets, as well as startup support.

Keisuke Honda is a professional football player, has represented Japan at three FIFA World Cups, and won the Most Valuable Player award in the 2011 AFC Asian Cup. Currently head coach for the Cambodia national football team, Honda has played for football teams across Asia, Europe and Central America.

As an entrepreneur, Honda has started a football school with over 80 locations globally, and founded KSK Angel Fund, a personal investment fund. In 2018, he launched the Dreamers Fund with actor, Will Smith. He was appointed as a “Global Advocate for Youth” by the UN Foundation in 2016, and a special researcher at MIT Media Lab.

Yutaka Matsuo specializes in artificial intelligence, data extraction, social media analysis, business models and more. He is also working on research in knowledge structuring (the structuring of information in the human brain) and the impact of the internet on society and the economy.

Matsuo also serves as President of the Japan Deep Learning Association, an organization aimed at improving Japan’s industrial competitiveness in technologies around deep learning, and he has also served as a director of multiple companies.

Prof. Dr. Toshihiko Yamasaki, Associate Professor of Graduate School of Information Science and Technology in The University of Tokyo, was appointed as a technical advisor to AnyMind Group in April 2019. Yamasaki was also a visiting scientist at Cornell University for two years, and specializes in multimedia, computer vision and pattern recognition.