Once again, the company comes together to look back on the past achievements and ahead towards bigger targets and a brighter future! This latest all-hands meeting capped off a great 2017 and also provided our ever-growing team with the chance to catch up with old friends and make new ones. We returned to Bangkok, Thailand for our latest all-hands meeting, at a venue bigger than ever before to accommodate our growing team. The team now consists of over 250 people from 10 offices across nine countries. With new faces joining virtually every week, such events are as much cultural exchanges as they are opportunities for the many cross-country teams to meet somewhere other than through a computer screen. Of course, there was one big piece of news that served as the foundation for everything: the company’s restructuring and the formation of parent company, AnyMind Group – a move designed to provide the organization with the ability to scale its proprietary AI engine to other industries. The HR industry is the first of these, with the establishment of TalentMind.

At the same time, CastingAsia is now a standalone company under the AnyMind group, with three distinct offerings. Slated to re-launch later this year, the will offer marketers actionable insights and smart decisioning through artificial intelligence (AI) to power their influencer marketing activities. The CastingAsia Marketplace will bring micro-influencers from across Asia to the fingertips of marketers, with an easy-to-use interface. Fraud detection will be a big AI use case here, providing marketers with a safe environment for their micro-influencer initiatives. CastingAsia Engagement will bring accessible local and regional expertise to marketers. Looking back on 2017 made for a veritable highlight reel: it was a year of major milestones, from closing our Series A funding at US$14.5 million to the acquisition and subsequent smooth integration of FourM, and finally to the establishment of AnyMind Group and the new structure.

When it came to discussing performance, the company continues its upward trajectory, exhibiting 30% quarter-on-quarter revenue growth in 2017 and generating US$26 million in revenue. Most importantly though, the company maintained profitability – an important part of what AnyMind Group plans to achieve in the future.

2018 promises a lot more; the new organisation structure and new vertical are massive developments that will contribute to the company’s growth, and more expansion plans are afoot. Expansions into Malaysia and the Philippines are planned to be completed within the first quarter, and further moves into India, Russia, and UAE will occur by the end of the year. COO and co-founder, Otohiko Kozutsumi, then took the stage to share the plans in store for our products. First off, SaaS (Software-as-a-Solution) platforms across all three companies are being developed, and on the advertising front, there will be a bigger emphasis on PMP (private marketplaces) deals. Internally, there will be greater efforts and resources put into AnyMind University, our internal learning and education system. With so many people joining the company each week, it is important everyone that everyone is kept up-to-date with industry developments and can grow professionally.

Awards time was next! And with this being the last of four meetings for the year, there were annual awards to hand out as well, making for a grand ceremony. First up were the Client Success MVPs for the quarter! 3rd place went to Yihui Toh from the Singapore team, Junya Ukai from the Taiwan team snagged 2nd place, and Sasin Soonthronpusit from Team Thailand picked up 1st place! Next were the top performing corporate staff, which saw Lam Xiu Huong from the Vietnam team and Kongpan Tuchmalee (aka Nott) from Thailand pick up 2nd and 1st place respectively! In a new award for this quarter, the next batch of top performers consisted of candidates from the Publisher Engagement team. In 3rd place was Thailand team’s Vorapon Sintunawa (aka Paul), placing 2nd was Japan team’s Eiki Yamazaki, and top spot went to Takahiko Iwabuchi from our Japan office! We didn’t forget the engineering corps either! Our top engineers were next: placing 3rd was Kenichi Ogawa, 2nd place went to Nguyen Trong Thang, and 1st place was snagged by Eduard Feliu Baena! Best Team of the year was next, and Lidwina Anjani Putri’s Advertiser Engagement team in Indonesia won it! 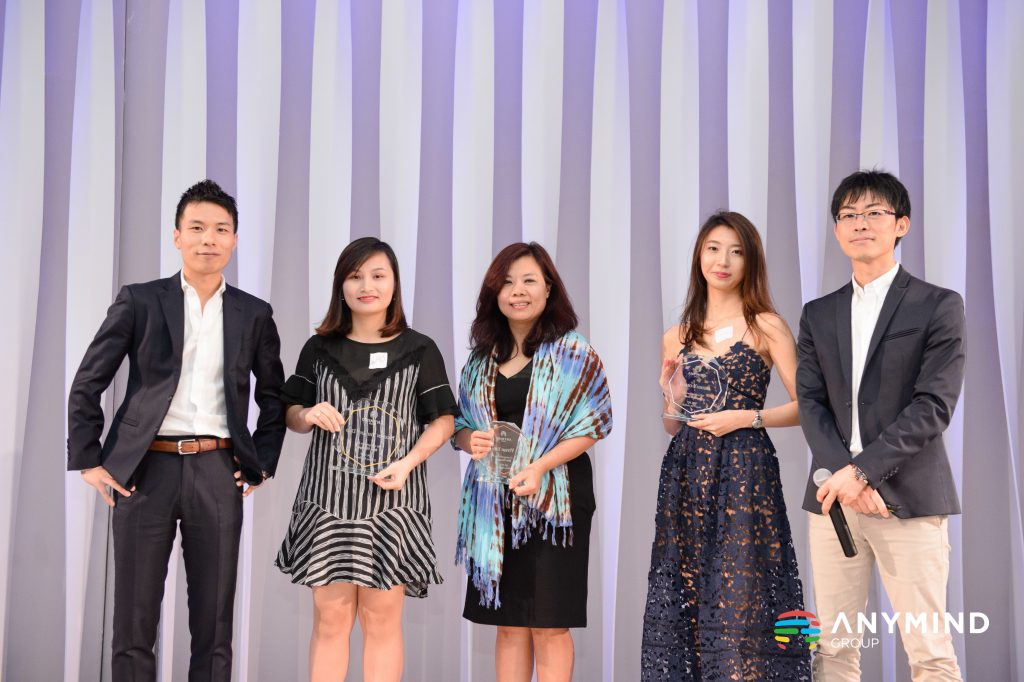 Best Manager was next on the line, with three awards to go around. Taiwan got some love with Vivian Yen placing in 3rd, 2nd place went to Kaho Yamada from the Bangkok office, and 1st was Nguyen Thi Anh Dao, from Hanoi! 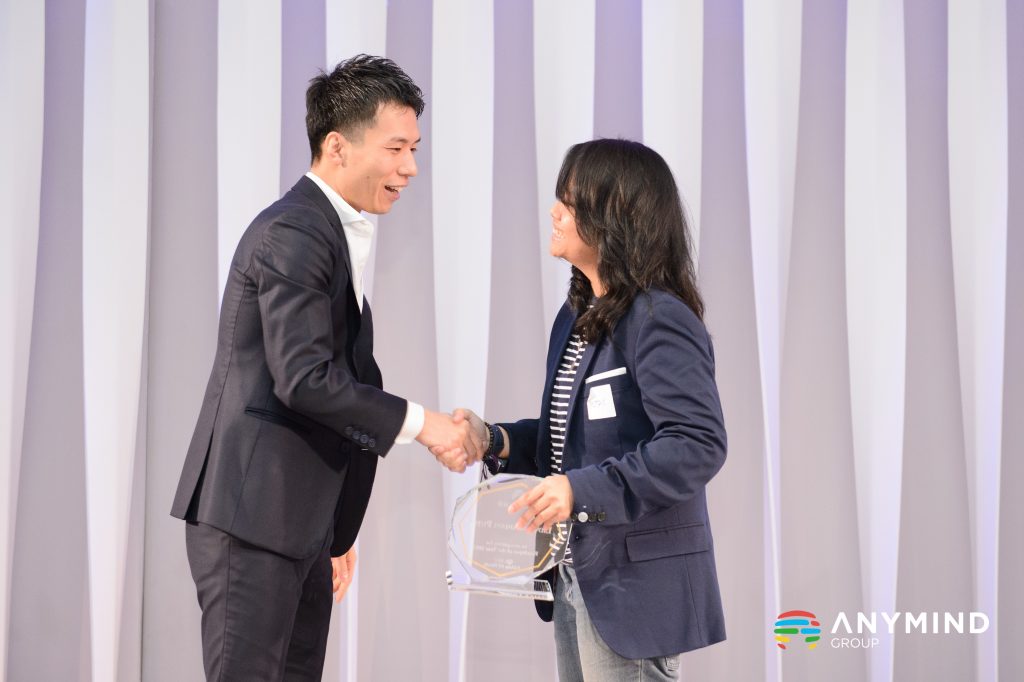 Next was a massive one: Best Employee of the Year. Perhaps fittingly, it went to the leader of the Best Team: Putri! 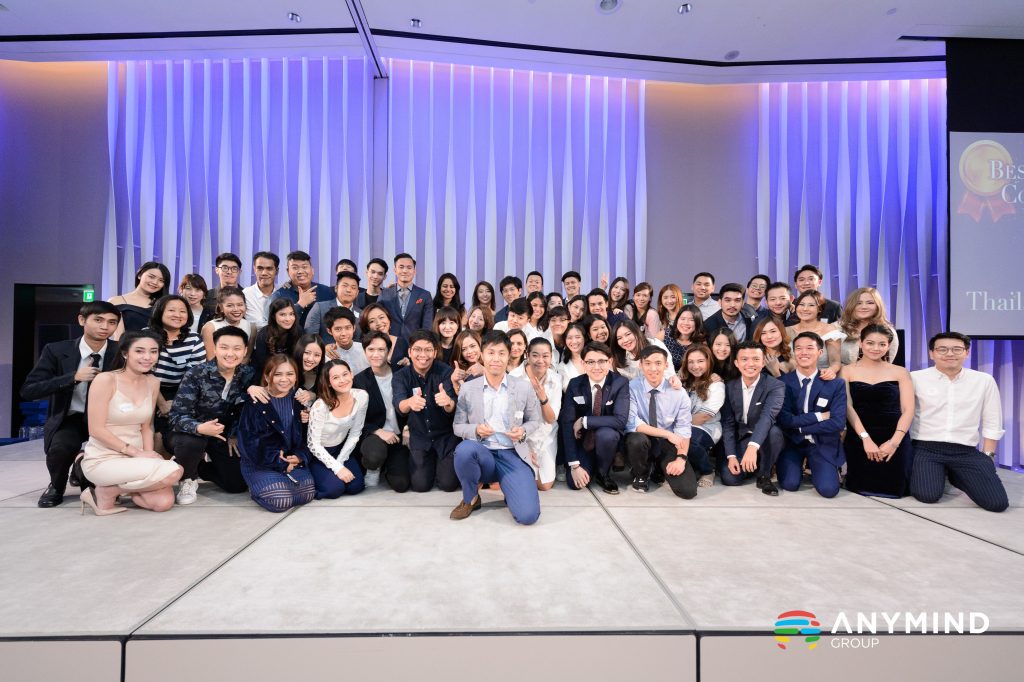 And, last but not at all least, there was the Best Country of the Year award. And it went to… our gracious hosts, Team Thailand! Congrats to all the winners! With the formalities out of the way, Regional Head of Advertiser Engagement, Jun Ogawa, led the company in a toast towards an even bigger and better 2018 for AnyMind Group! Dinnertime and mingling then commenced! 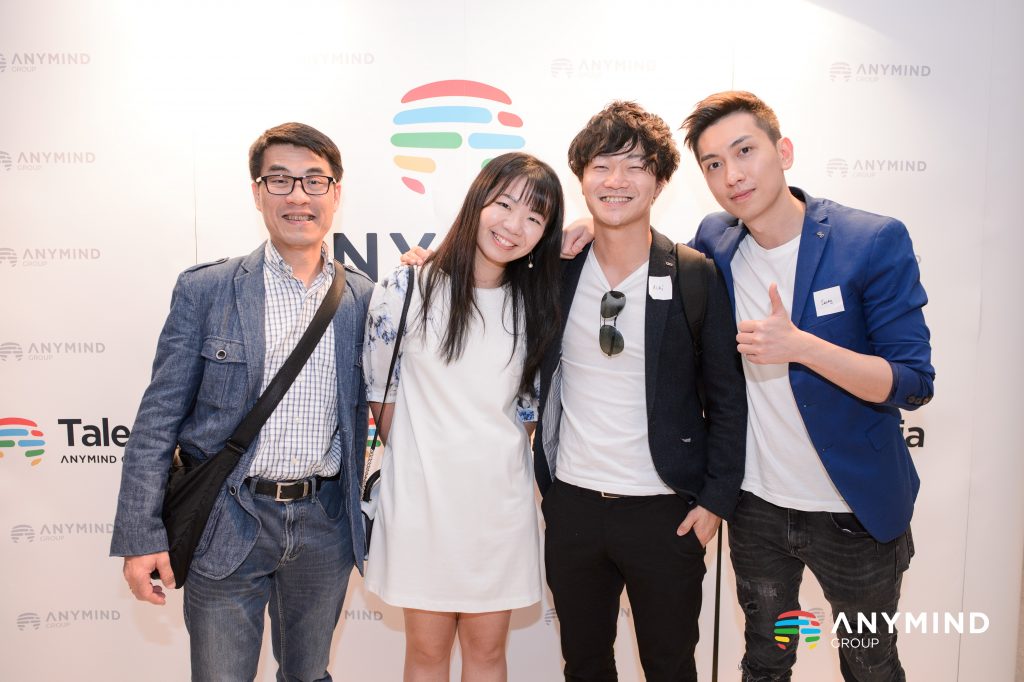 That closes the book on 2017. A year chock full of achievements and milestones for the company, no doubt, and 2018 promises to bring many more big developments and even more success!