Calbee, Inc., a Japanese food maker and brand, is popular amongst Taiwanese consumers for its Jagabee snack, with its unique shape and delicious taste winning the hearts of consumers. Although Calbee’s star products have created a strong reputation for the brand in Taiwan, consumers’ awareness of its other products is still lacking.

In order to increase consumer awareness and favorability of their fruit cereal line, Calbee, Inc. tapped on AnyMind Group’s influencer marketing platform, AnyTag, to run a series of influencer marketing activities, which not only improved consumers’ awareness of its fruit cereals “Frugra”, but also placed the cereal line in competition with other cereal products in this highly competitive space for the Taiwan market.

1.Influencers who are also mothers: Although they lead busy lives, mothers still need to prepare a delicious and healthy breakfast for their children, and having “Frugra” for breakfast can balance convenience with health.

2.Influencers who are also office workers: Before the hustle and bustle of their morning commute, many do not have much time to prepare breakfast, and “Frugra” does not need to be cooked and can be prepared quickly, which matches the pace of life for office workers. 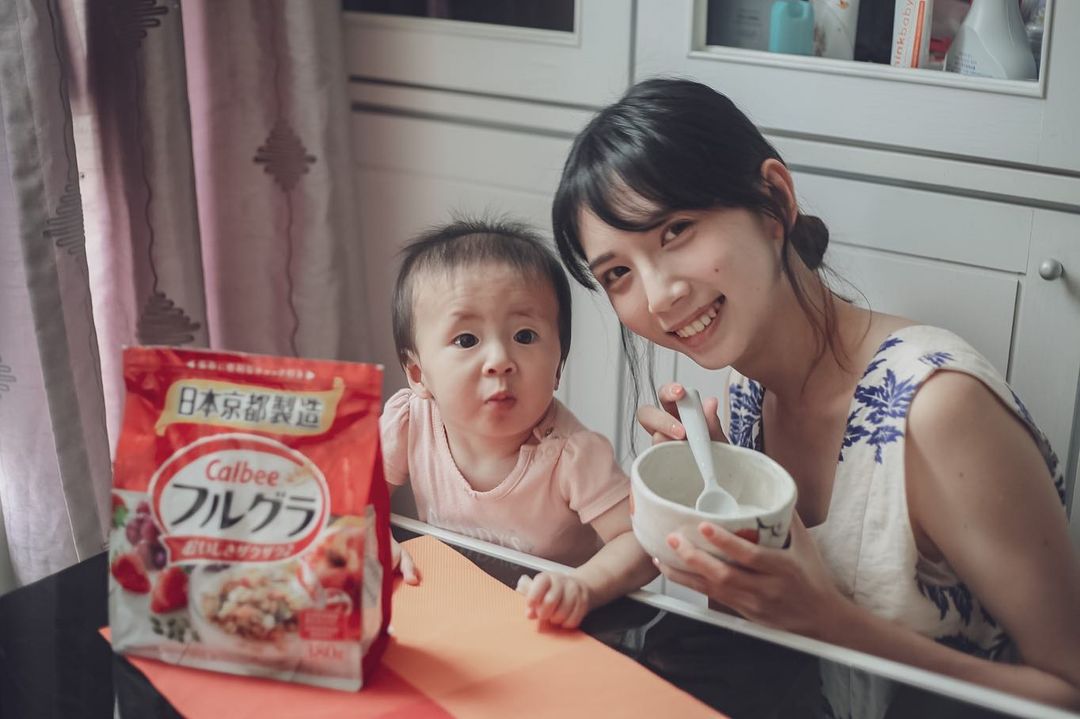 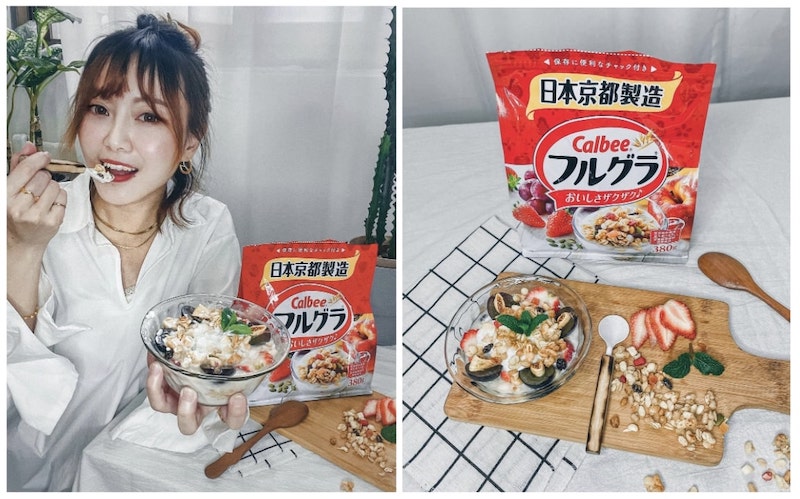 In terms of implementation, Calbee, Inc. worked with macro-influencers for the core of its promotion efforts, along with 15 micro-influencers to drive reach towards its intended target audience.

For macro-influencers, Calbee worked with them to create video contentthat featured the influencers tasting the “Frugra” fruit cereal and their emotions when trying the cereal, immersing audiences in the experience and stimulating audience desire for purchasing the fruit cereal. At the same time, the video content highlights the various ingredients used in “Frugra”, communicating that the cereal doesn’t just have to be for breakfast but can also be paired with snacks and salads. In addition, the video content was also used for advertising, extending the content across various marketing activities.

With micro-influencers, Calbee, Inc. challenged these influencers to use “Frugra” to create their own dishes, highlighting the diversity of options the fruit cereal can create. Because of this, each influencer presented “Frugra” in their own unique way. With micro-influencers, Calbee, Inc.’s “Frugra” was able to reach a wide range of targeted audiences, interact closely with their followers, and make products that leave a positive impression in consumers’ minds. 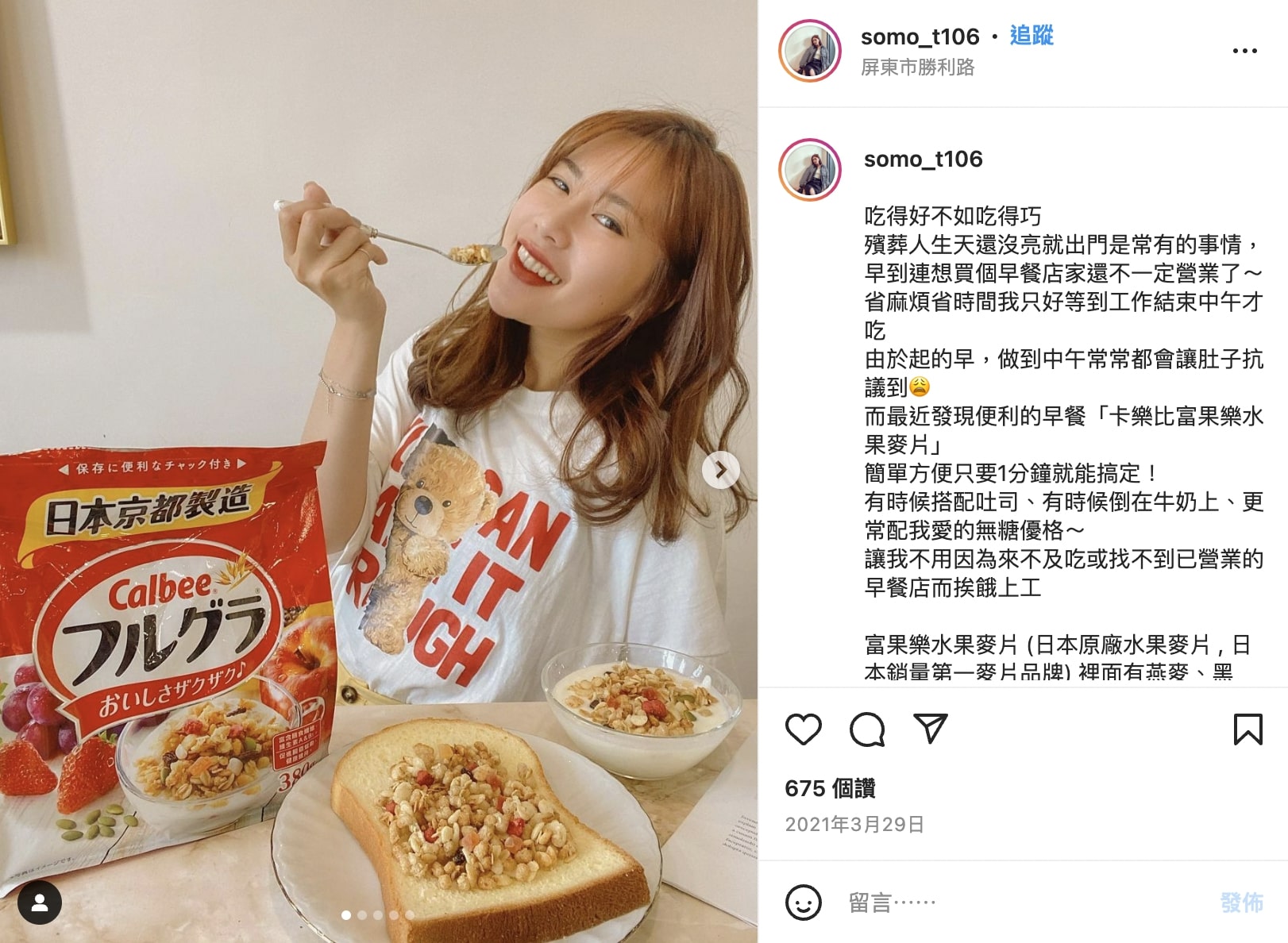 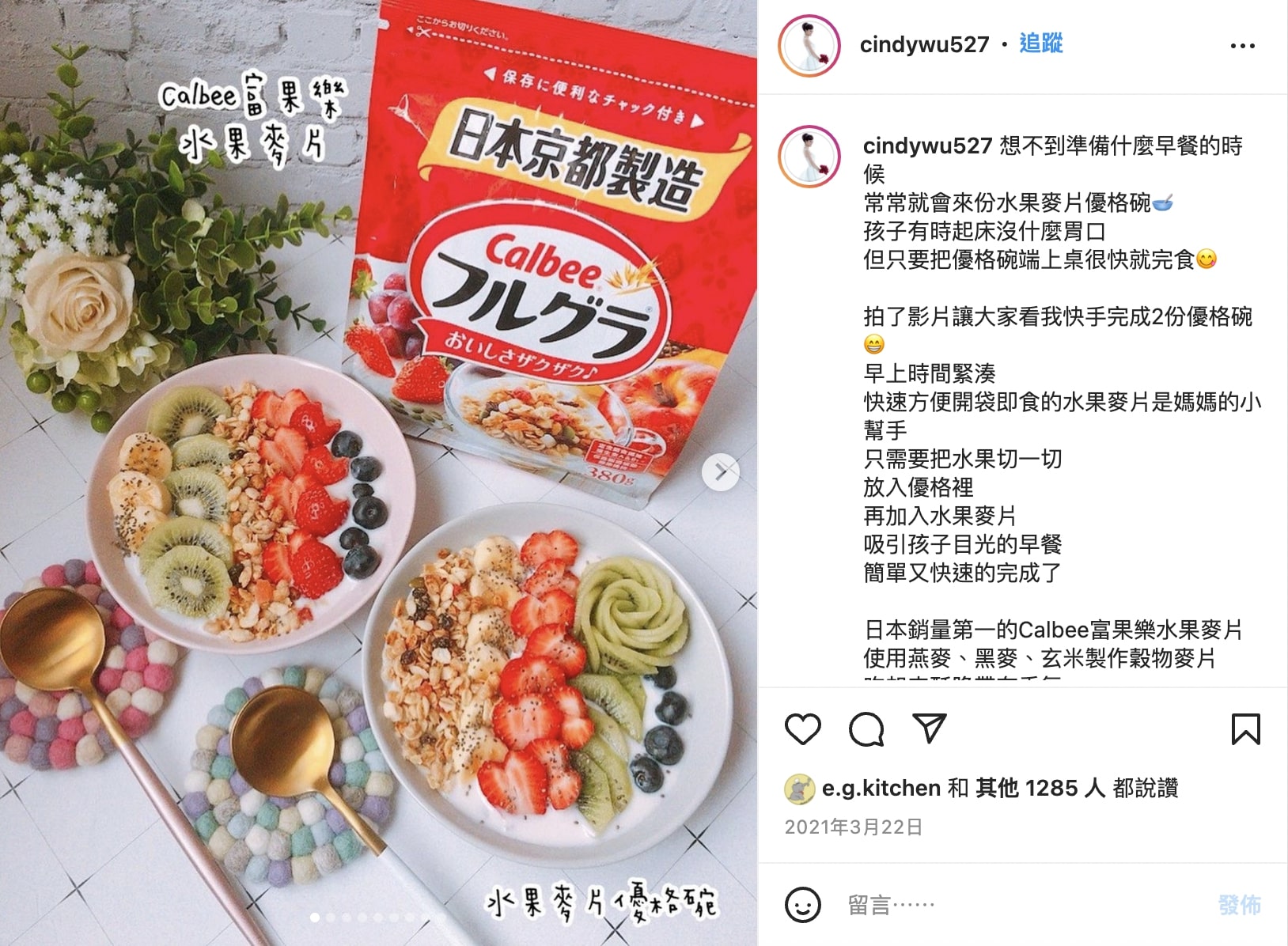 The video content garnered a total of 500,000 views and the number of interactions was as high as 100,000! For micro-influencers, follower interactions reached as high as 12.9%. At the same time, because this campaign is based on creating interesting homemade cereal recipes, micro-influencers were also able to spontaneously share content on different platforms, driving greater exposure.

※ “Frugra” is a registered trademark of Calbee, Inc.

From creative and sales to operations, supply and programmatic