AnyMind Group, an end-to-end commerce enablement company, together with UUUM, a Japan-based multi-channel network and a leader in creator management and content marketing, have today announced that ARAKA, a direct-to-consumer outdoor brand produced through AnyMind Group’s D2C offerings and created by UUUM’s exclusive creator Tsuriyokadesyou, has collaborated with outdoor brand CAPTAIN STAG for a new product lineup which includes the ARAKA × CAPTAIN STAG RELAX CHAIR and ARAKA × CAPTAIN STAG YAMAGI. The products will go on sale on the ARAKA official online store from 24 September 2022 at 6 PM Japan Standard Time.

CAPTAIN STAG’s “ultra high-back chair” is a high-back reclining chair for outdoor use. It is easy to carry and can be easily set up. It is also equipped with a 3-step reclining function, making it a versatile chair that can be used in all kinds of outdoor situations from dining to star-gazing. The ARAKA × CAPTAIN STAG RELAX CHAIR has two variations from the original model, the first being a limited-edition beige chair color, whilst the second is a pocket near the head of the chair, which can be turned into a pillow by inserting a towel. Price: ¥16,000 (¥17,600 including tax) Color: Beige Functionality: 3-step recline, 2-way pocket & pillow Accessories: Storage bag 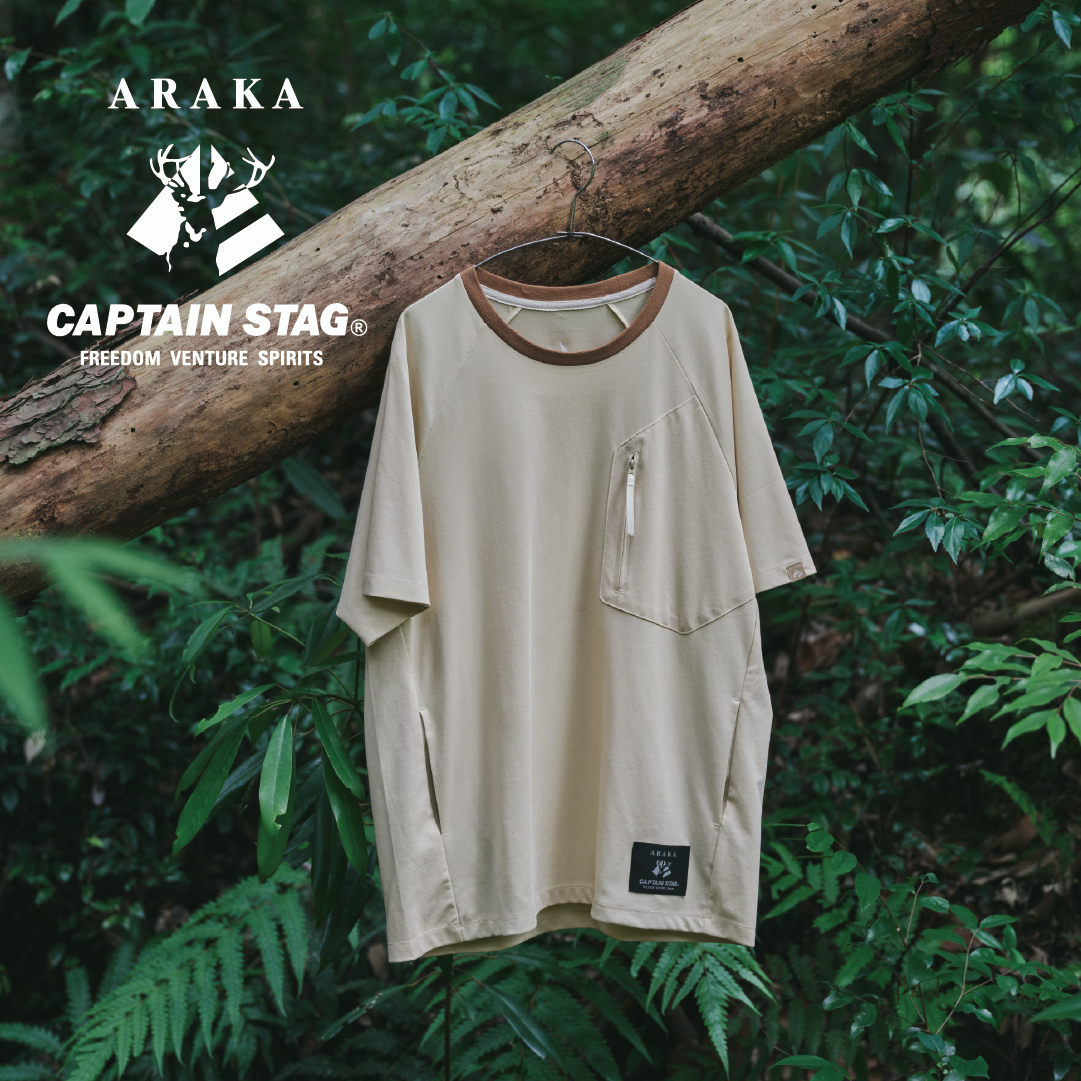 The ARAKA YAMAGI is a popular t-shirt from ARAKA that has sold 1,000 units in a month since its launch in summer. It is a multi-functional t-shirt with seven functions, such as moisture absorption, quick-drying, anti-wrinkle processing, insect repellent processing and contact cooling. Price: ¥8,000 (¥8,800 including tax) Color: Beige Sizes: M / L / XL / 4XL (for both men and women)