The first video was released on 10 January 2022 This will be the first official YouTube channel of Chiaki Ito, and will feature a wide range of content not often seen on television or her official Instagram, including insights into her private life, honest thoughts and opinions, along with content around beauty, fashion and love. The channel will also feature exclusive and original content such as new singles and dance videos performed only on her official YouTube channel. In her first video, Ito will share the background of why she is launching a channel on YouTube, and her hopes for the future. The video will also feature heartwarming surprise guest appearances from Japanese TV personality Waka Inoue and Japanese producer Shigeru. After leaving a pop group AAA, getting married and having a child, Ito has furthered her career as a solo music artist, television personality and created her own apparel and lifestyle brand called “KIKI AND DAYS.” Ito has over 1.4 million followers on her official Instagram and Twitter accounts, and her interest and knowledge of fashion and beauty has helped her attract a huge following of females in their 20s and 30s. On the launch of her brand, Chiaki Ito said: “I am happy to have this chance to take on another challenge on my 35th birthday! In the first episode, two of my closest friends from my private life, Waka Inoue and Shigeru-chan will join me, and I’ve known them both for about 10 years now. I didn’t even know that they would drop by when I was shooting the video, and I was really really happy! Normally I’ll turn on my “cool” switch when the camera is rolling, but thanks to their visit, I was able to deliver a more natural version of myself.” Ito added: “In the future, I’ll share about my favorite topics like beauty, fashion, music and of course, I’ll also feature my family! I’m thinking about creating fun videos with my son, and I’m going to make a happy YouTube channel that everyone will enjoy, so please keep watching!” 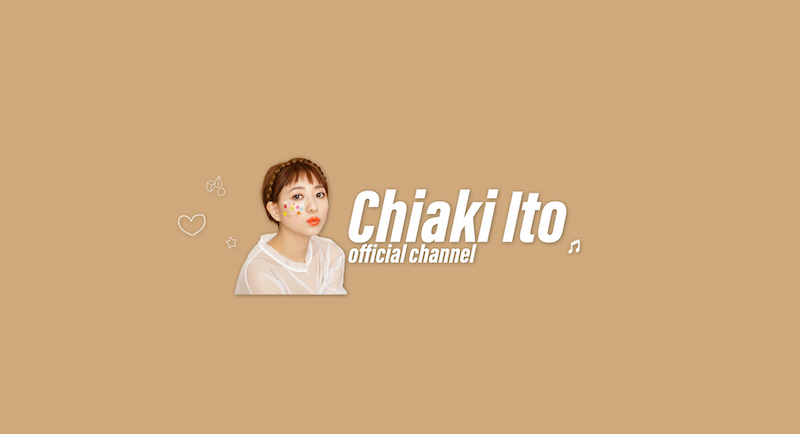 Title: We celebrated Chiaki Ito’s birthday with a surprise! URL ：https://youtu.be/VaWukPYGIQs Description: In the first video to commemorate the opening of Chiaki Ito’s official YouTube channel, guests Waka Inoue and Shigeru rushed over to surprise her! A surprise party was held to celebrate Chiaki Ito’s 35th birthday. What happened? Please watch the revealing talk between Waka Inoue, Shigeru and Chiaki Ito!

・5 winter outfits by Chiaki Ito ・This is the first time I’m answering 100 questions at one-go!