We're in the Singapore HQ for today's #TeamAnyMind! Get to know Chris, who leads the Communications team. He tells us about the barely-believable rapid growth of the company, the importance of teamwork, and having a drive and desire to create. Really good to meet everyone! My name is Chris and I am 29 this year. Just short of that next milestone…

Anyway, I lead communications for AnyMind Group. For a long while the department was just a one-man public relations team, but we have eight members now, spread out across our markets in Asia. At the same time, the department’s scope has now expanded to include certain marketing initiatives, social, digital, corporate and internal communications – in short, communicating on behalf of the company across any medium or platform.

This department is key to the continued growth of the company. It may sometimes be an overlooked business function, especially when things are running smoothly – but take it away and its absence will be keenly and quickly felt.

The geographical area that the company communicates in has also expanded with the business – from just within Singapore to all across Asia and beyond. I’m really happy and proud to have my current team – one that is full of talented and bright professionals. 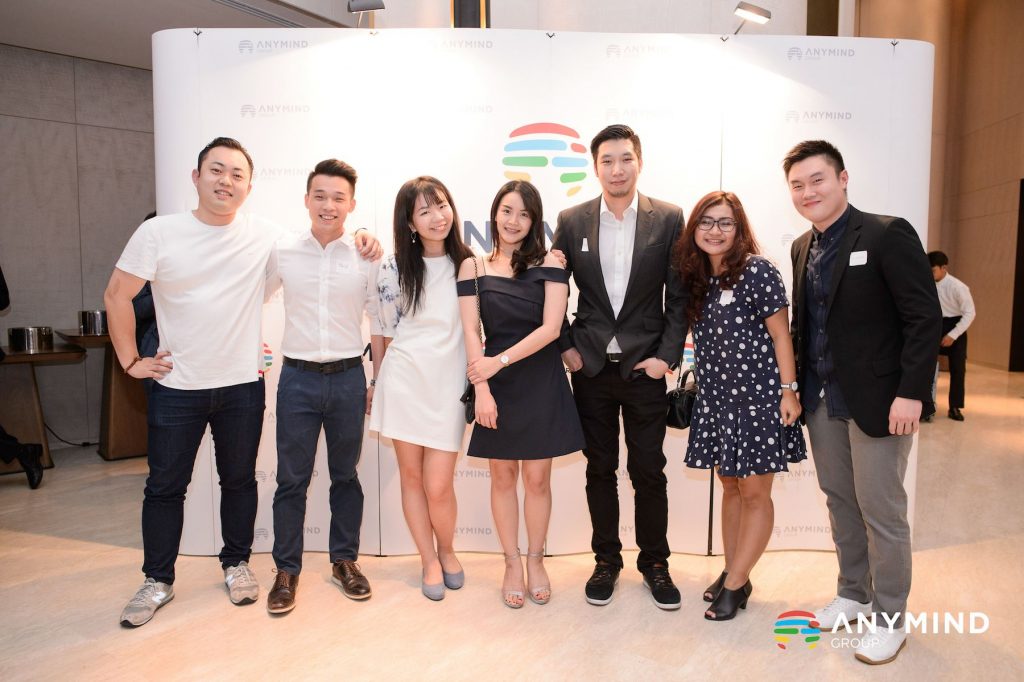 Teamwork is something I value a lot and I expect it from everyone in my team. No one is left to fend on their own and I do my utmost to ensure everyone has the support they need. We’re actually more like a close-knit work family rather than just another regular work team, even though internet speed can sometimes affect our ‘family time’ 😅

The journey so far has been nothing short of amazing. I joined the company on 15 June 2016, not long after it started operations, and at the time we had just six tables in our headquarters. The company has since grown from strength to strength and achieved milestone after milestone. I mean, we now have 10 offices in nine markets! Even though I’ve been here for most of that growth, I still can’t believe how much the company has progressed.

I’ve always wanted to help build companies – from a role with the potential to effect change and make a mark on all areas of an organization. It’s this desire that led me to the then-fledgling AdAsia Holdings and now AnyMind Group. Playing a major role in the recent rebranding/restructuring was an unforgettable experience, and it’s one that’s still ongoing. Having built up the AdAsia Holdings brand for the past year and a half, my objective now is to drive the growth of the AnyMind Group brand and that of its subsidiaries (including CastingAsia and TalentMind).

I was previously from a B2B PR agency where I helped global tech companies communicate their stories. Before that I did some digital marketing, web development and corporate communications. Ultimately, these combined experiences have equipped me with a suite of skills that allows me to create a communication strategy that is direct, informative and multi-faceted, enabling the company to reach its diverse audiences. Every message from the company has to make a difference and add value to any and every person that receives it.

In my spare time, it’s all about the Xbox. Basketball and football (soccer for any Americans reading this) are the mainstays, and I play the real-life versions as well. Growing up playing competitive sports is probably why I have a competitive streak and a desire to keep pushing myself to reach that next level.

Aside from that, I’ve always had an interest in creating and providing myself with the means to do so – I’m self-taught when it comes to web languages and (some) coding (I wanted to build web pages during the early days of the world wide web). Similarly, I learned to play the guitar so that I could compose music and lyrics – this added to a background in music theory and piano.

Looking ahead, there are a couple of milestones and goals I’ve set for myself. Apart from building up the AnyMind Group brand, a key objective of mine is to drive AnyMind Group companies as thought leaders in their respective verticals. On a personal note, I aim to become a CMO some time within the next six years, bringing high-impact, informative communications to a senior leadership seat on the board. Ambitious targets, but ones that I’m determined to achieve 💪

Thank you so much for reading, and do have a great day ahead!