We’re back once again with our first all-hands meeting of 2019, this time we take a look back at a rather eventful year, and what the future holds for AnyMind Group. What a year 2018 was! Check out our quick summary of the past year at AnyMind Group. The AnyMind Group family across Asia got together once again in Bangkok, a market that will become even more important for us in the coming year.

At the start of 2018, we had 250 staff across nine markets – a substantial feat for a then two-year-old company. We’re now reaching our third year, with over 360 staff in 11 markets across Asia. We just can’t stop growing!

Gatherings like these are even more important now to align all staff on the same page, as the company embarks on a year with ambitious plans and targets. 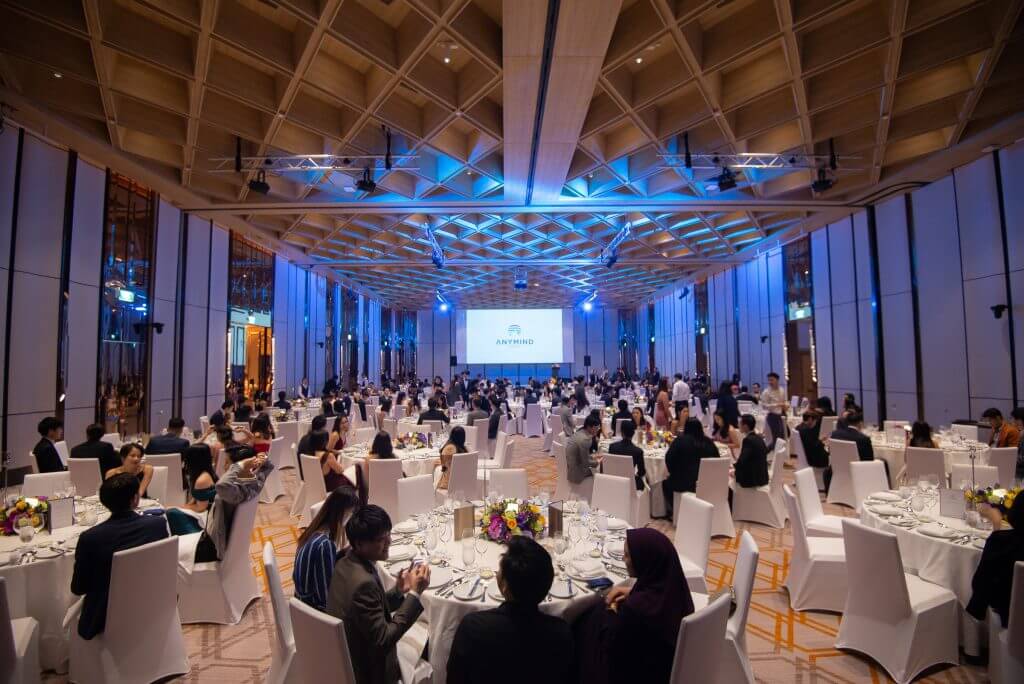 The emcees for the night, Shodai Fujita from AdAsia Holdings, based in Vietnam, and Monica Hon from CastingAsia, based in Hong Kong, kicked off the night for everyone who joined. 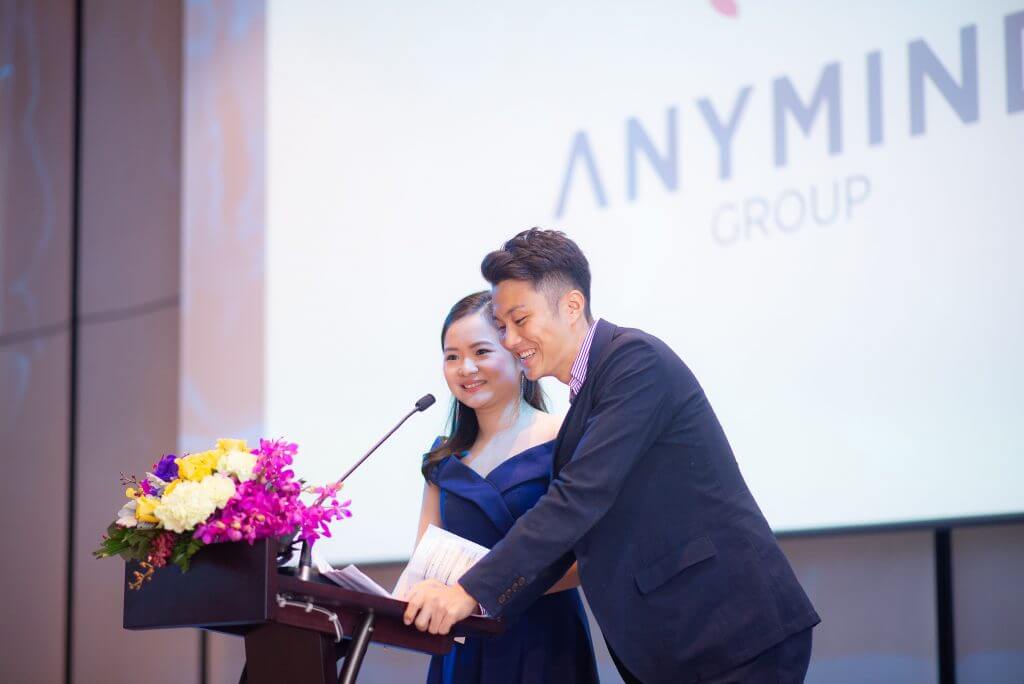 Just a year ago, the company restructured into AnyMind Group, and businesses like TalentMind were still at an infant stage. Fast forward 12 months, and all three businesses: AdAsia Holdings, CastingAsia and TalentMind, have carved out unique niches in their industries, with each business gaining increased momentum in 2018. We’ve definitely come a long way since the company’s founding in April 2016.

It is with this context that Kosuke Sogo, CEO and co-founder of AnyMind Group, started his message. In the past 33 months, the company has grown, adapted to industry changes, made mistakes and recovered quickly, and closed two funding rounds. However, he was quick to remind everyone that year three of the business is not yet over. 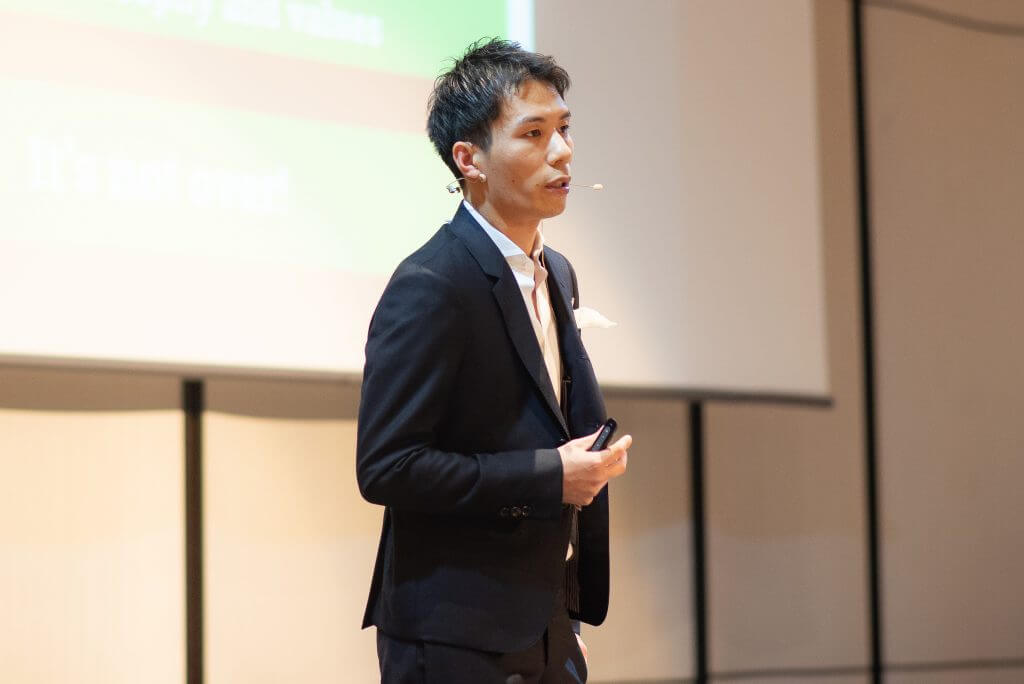 AnyMind Group has achieved multiple milestones whilst growing, with an IPO just another milestone in the company’s big plan to empower professionals, businesses and industries to achieve further growth through technology.

Just how exactly would we be doing that? Sogo outlined the plans for AdAsia Holdings in the year ahead, with the objective to “Power the advertising of the future” the basis of such plans. Each of the company’s products: AdAsia Digital Platform for Advertisers, AdAsia Digital Platform for Publishers, and AdAsia Premium Marketplace, will be stronger than ever in the coming year, with exciting developments already taking place. This will be supplemented by the company’s Professional Services team – helping marketers, advertisers and publishers across Asia leverage on technology to grow further. 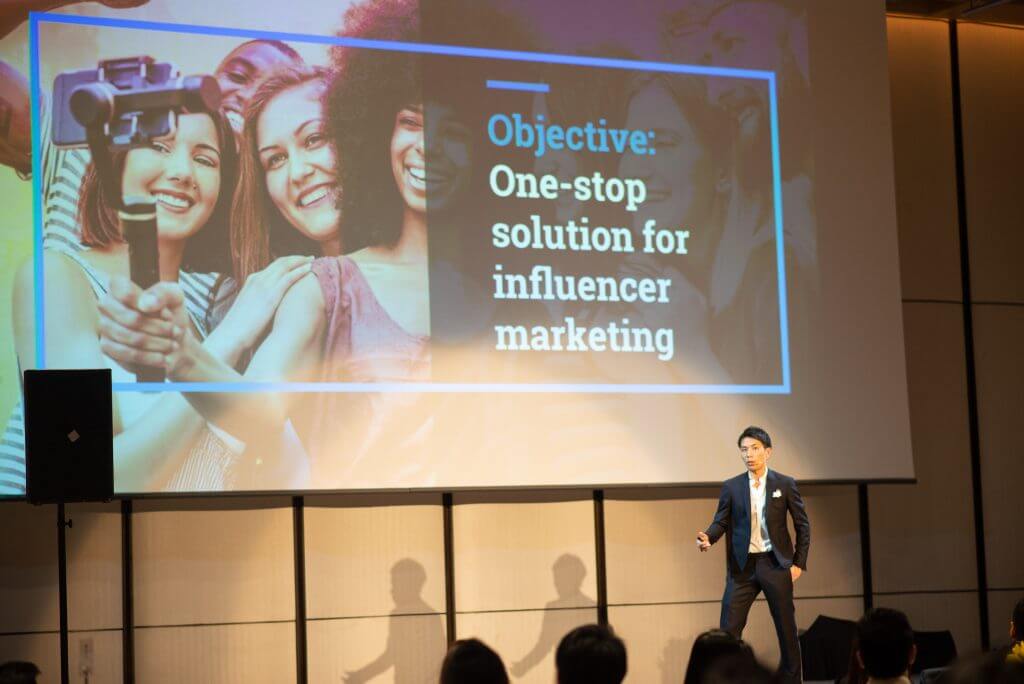 With the TalentMind platform experiencing increased adoption in Asia, 2019 will see increased functionalities and uses for the HR tech platform – the objective being a single platform for all HR needs.

Keizo Okawa, CFO of AnyMind Group, then took to the stage for a lookback at AnyMind Group’s business performance for the past year, and planned targets for 2019. Suffice to say that this year is going to be a year of even more rapid growth! 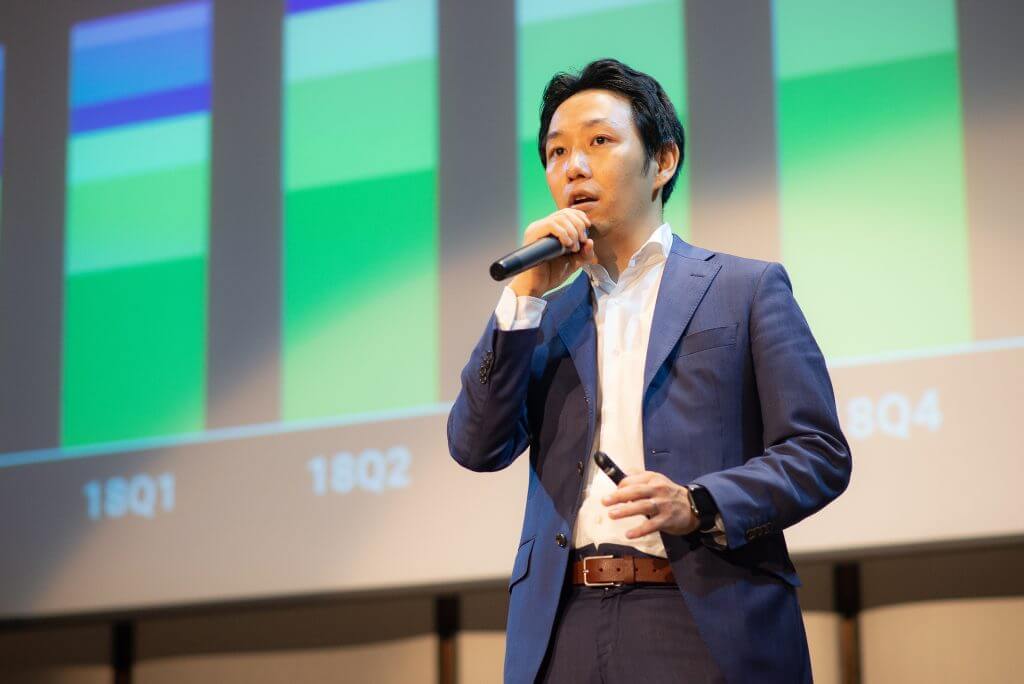 It can be easy to feel overwhelmed by these plans for the new year, which makes the session by Otohiko Kozutsumi, COO and co-founder of AnyMind Group, even more important – how staff can tie together all that was shared.

After outlining how the company’s vision, philosophy and values fit into the plans, he shared more about the mentality of staff that have grown with the company. There are three obvious traits: never giving up, always looking for continuous improvement, and a never-satisfied approach to achievements. 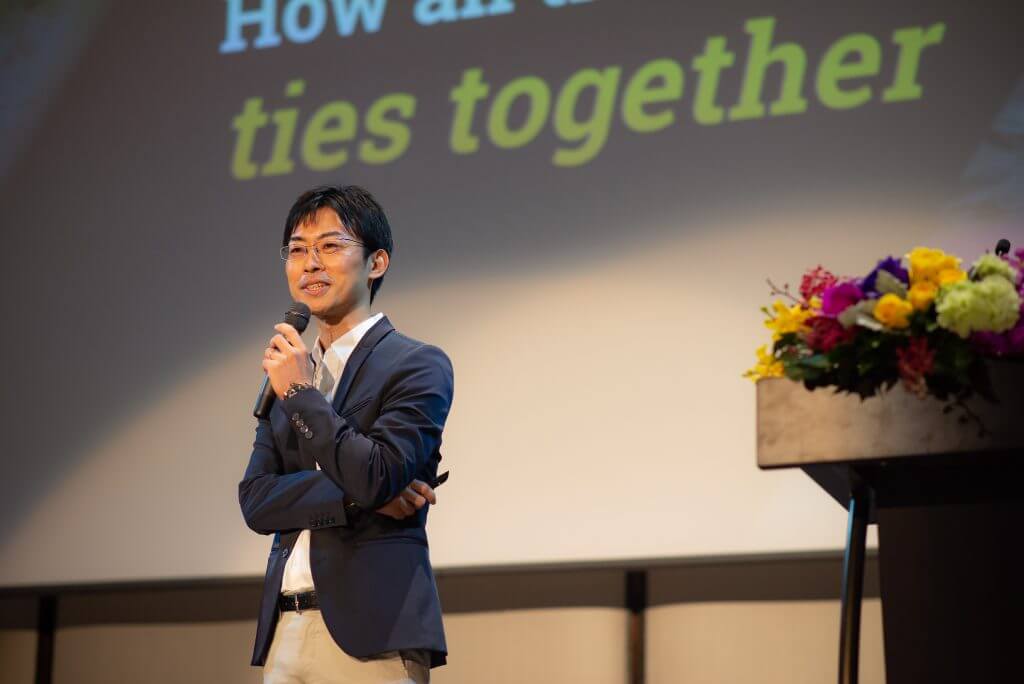 It is never an AnyMind Group all-hands without an awards section – celebrating the growth and achievements of staff. As the “end-of-year” all-hands, there were 21 winners this time around, including annual awards up for grabs.

Starting off with the award for Advertiser Engagement, Masato Shibao from Thailand took home bronze, with Nguyen Thi Yen Linh from Vietnam took the silver prize, and Dewita Laras from Indonesia took home the gold award. 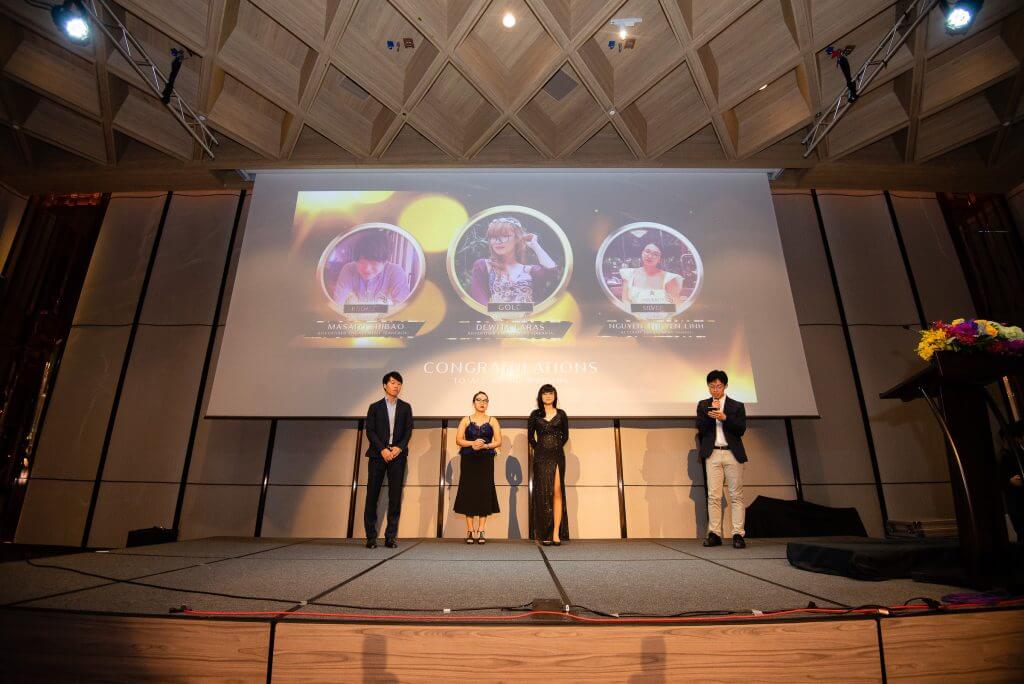 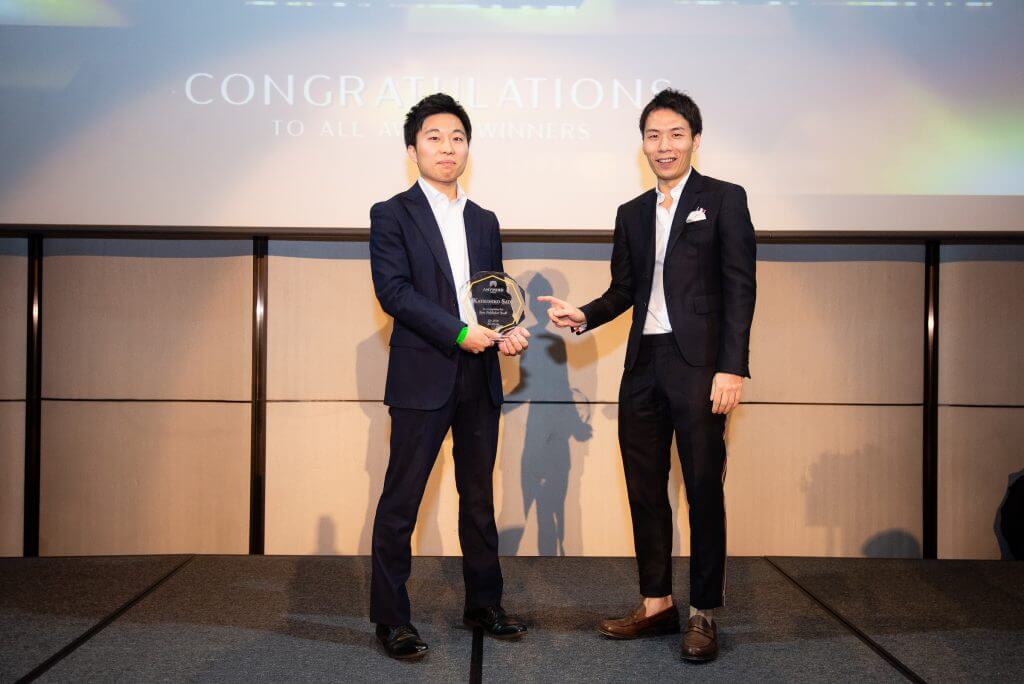 With operations a vital part of the company, it’s important to highlight some of the achievements by operations staff. Tran Quynh Nhu from Vietnam came in top, with Thailand’s Thanayos Pawvesese second, and Tran Quynh Mai from Vietnam rounding up the Best Operations Staff award.

Every successful company is supported by a strong corporate backbone. Siriluk Chatpantharat from Thailand took the bronze prize for Best Corporate Staff, whilst Queenie Law from Hong Kong taking home silver, and Thailand’s Pratan Thinsomchaisin with the gold award (and a really long acceptance speech!). 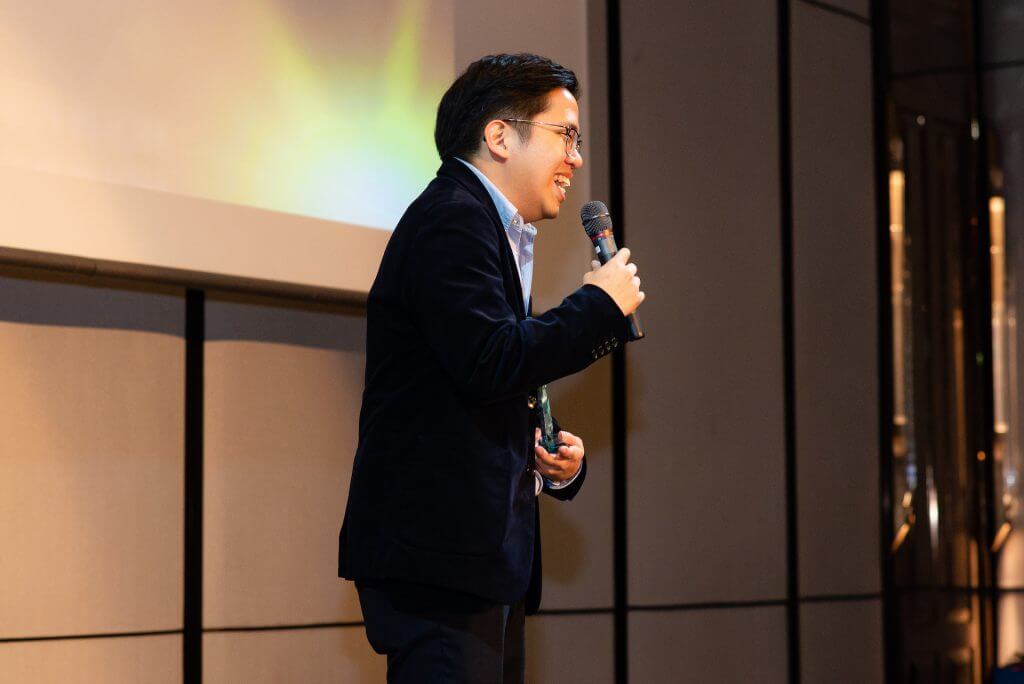 On to the Best Engineer award, with Bui Trung Chi taking home the night’s only award. His work on TalentMind’s NLP engine was a key highlight. 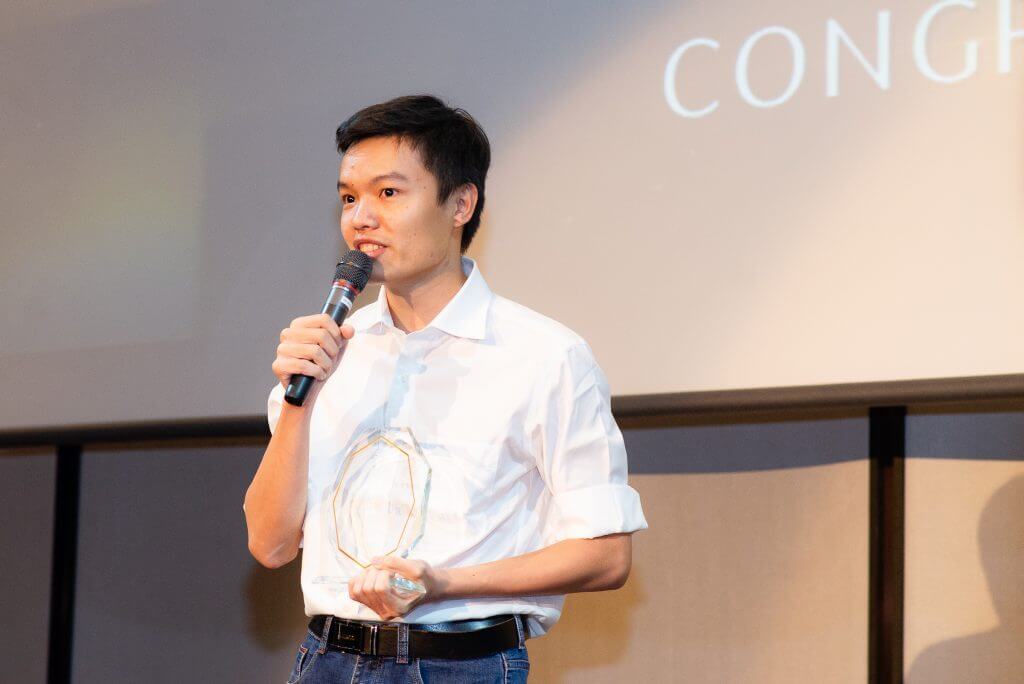 With the company implementing a “Growth for Everyone” philosophy, middle management plays a key role in advancing this philosophy. For the Best Manager award, bronze prize was split between Mook Wanlapa from the Singapore office, and Do Duong Bao Ngoc from Vietnam. Devi Aprilia took the silver prize, and serial award winner, Lidwina Anjani Putri, took home the gold. 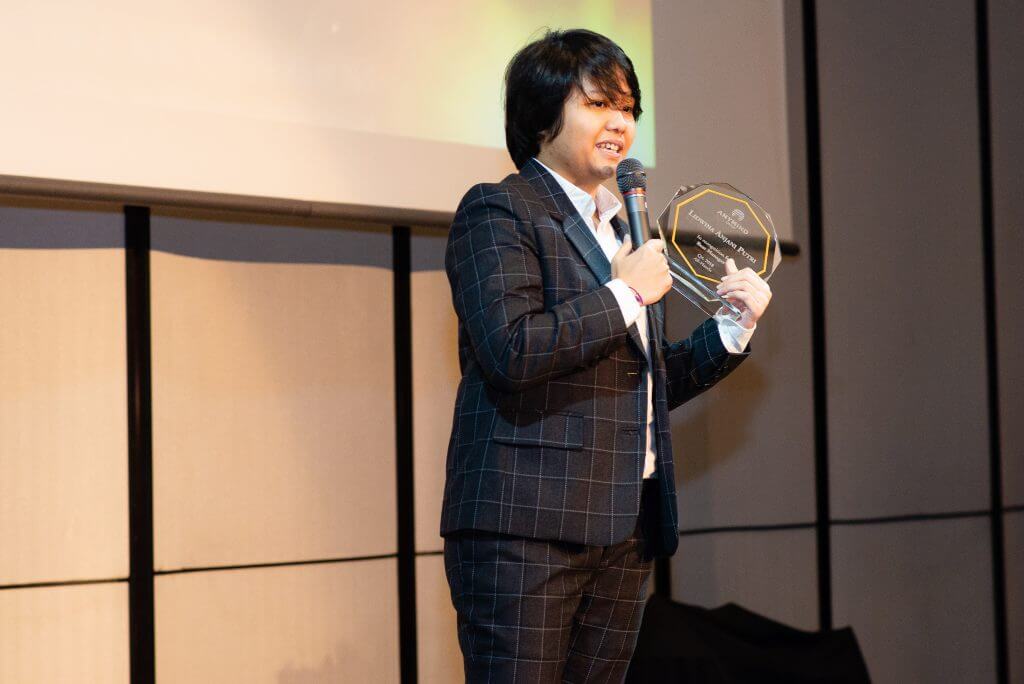 We’re onto the yearly awards now! For the Best Team of the Year award, the finance and HR team of Indonesia took home the prize – building a stable environment for all Indonesia staff to thrive in. 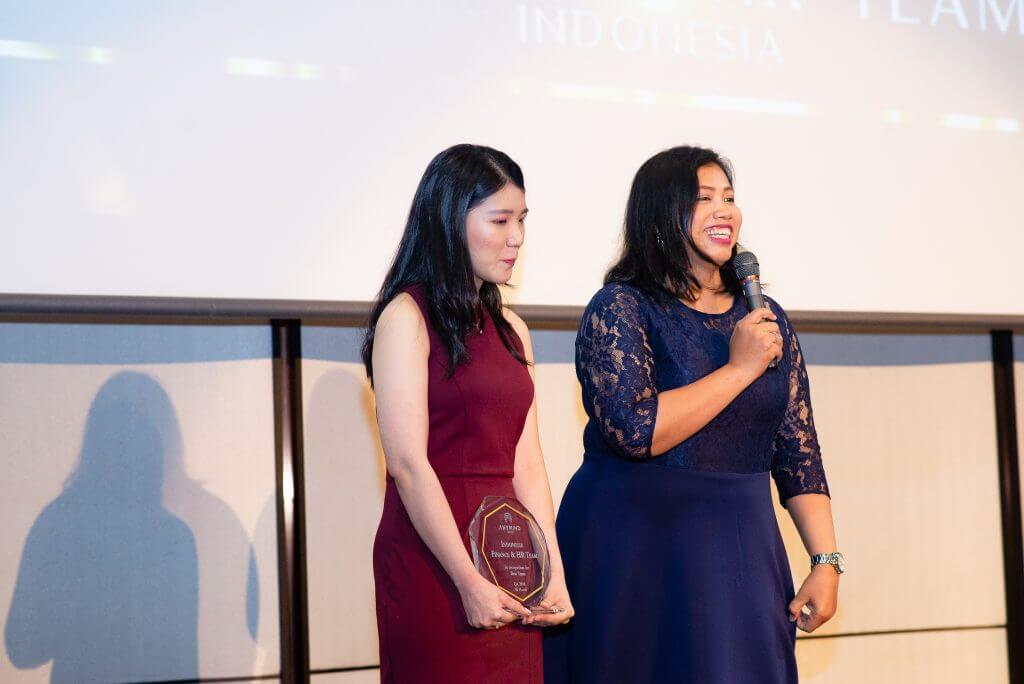 The Best Employee of the Year is one of the most valuable prizes, with 2018’s best employee award going to Nofriyadi Widodo in Indonesia. His dedication and hard work drove the Indonesia operations to greater heights in 2018. 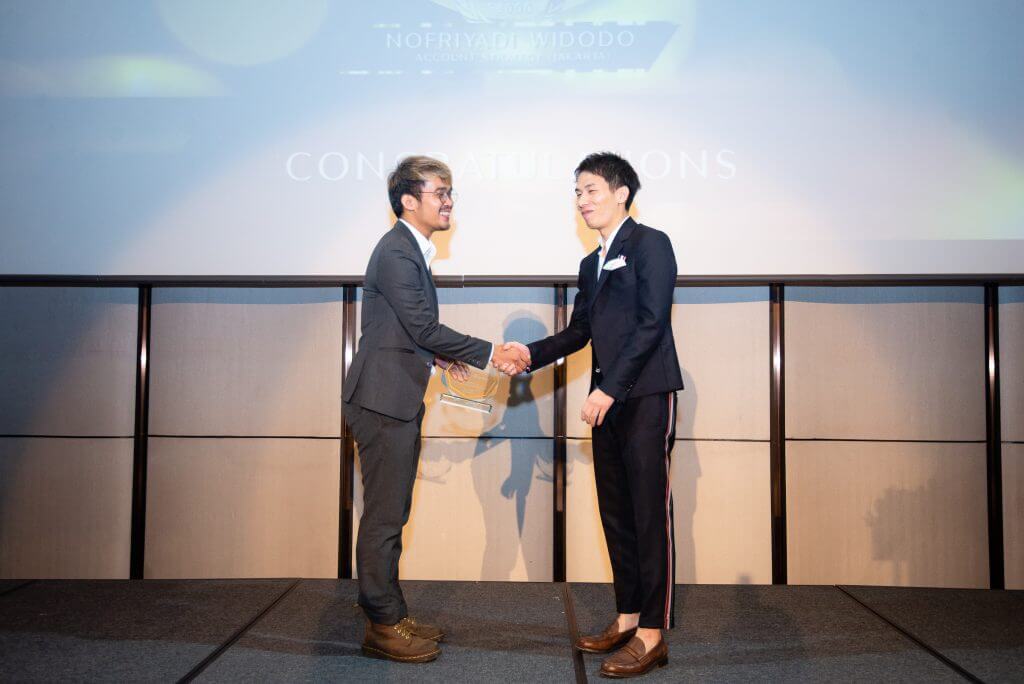 The biggest award of the night – Best Country of the Year – went to Vietnam, as AnyMind Group’s Ho Chi Minh City and Hanoi operations drove healthy growth in 2018. The past year also saw the establishment of a strong core in Vietnam, with the team of over 100 staff portraying the company’s philosophy and values every day.

Festivities soon followed the awards, with Hitoshi Maruyama, CSO of AnyMind Group, leading the toast. A live band was brought on to the stage soon after that, and we even had a special guest singer who serenaded the company with hits from Beyonce and Jessie J: Ruri from the Indonesia team! 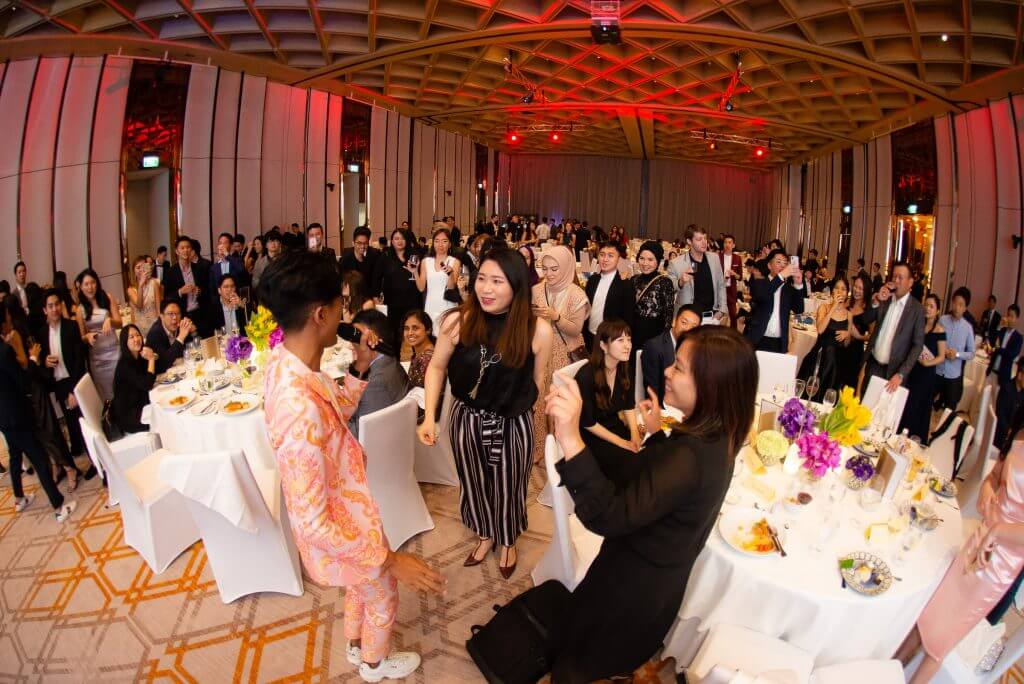 That’s not all! We brought the party to us, with DJs coming in to get everyone dancing.

As we wrap up an eventful 2018 as AnyMind Group, it’s easy to forget that we’ll be celebrating our 3rd birthday on April 2019. The past year was one with learnings, fast rebounds, and most importantly, growth. 2019 is looking to be the greatest one yet, and we’ll leave you this time around with more visuals from the first all-hands meeting of 2019 (and more of bonafide superstar, Ruri). Until next time! 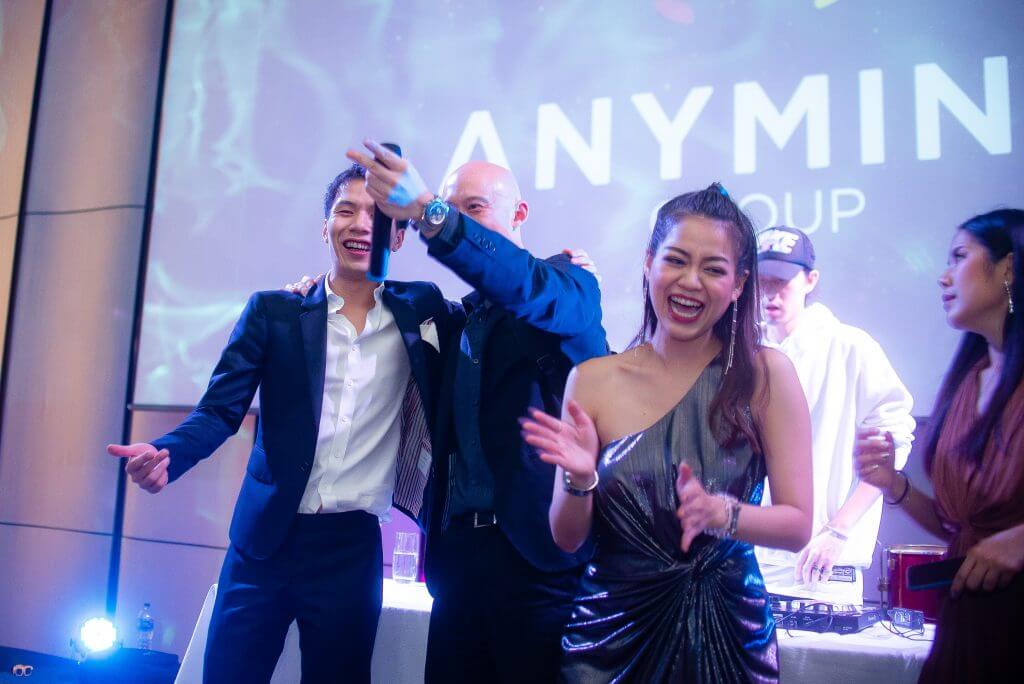 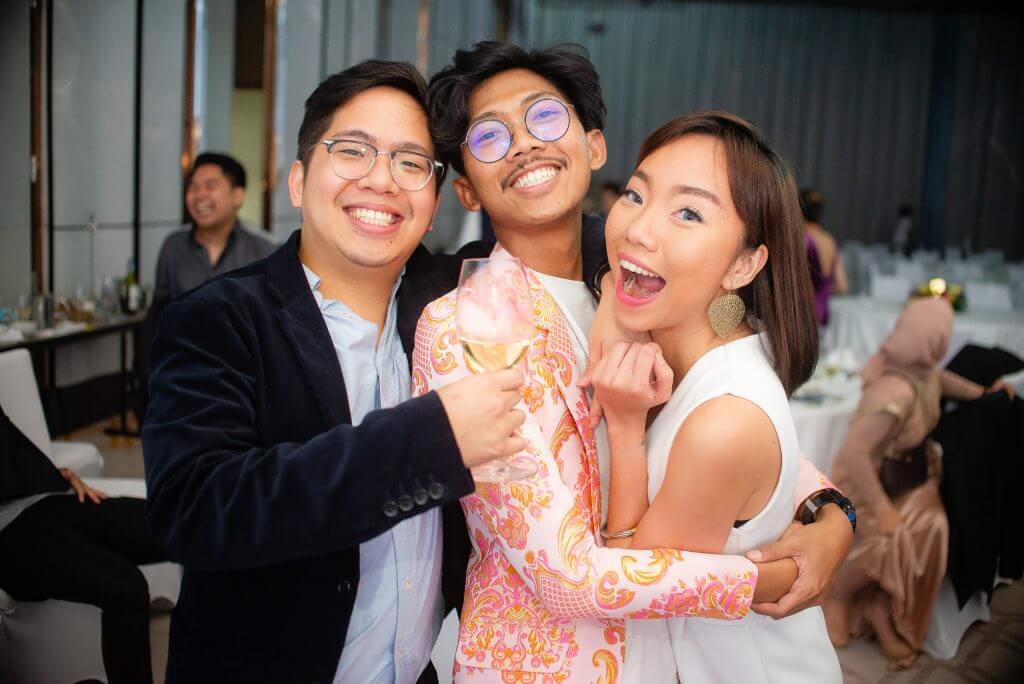 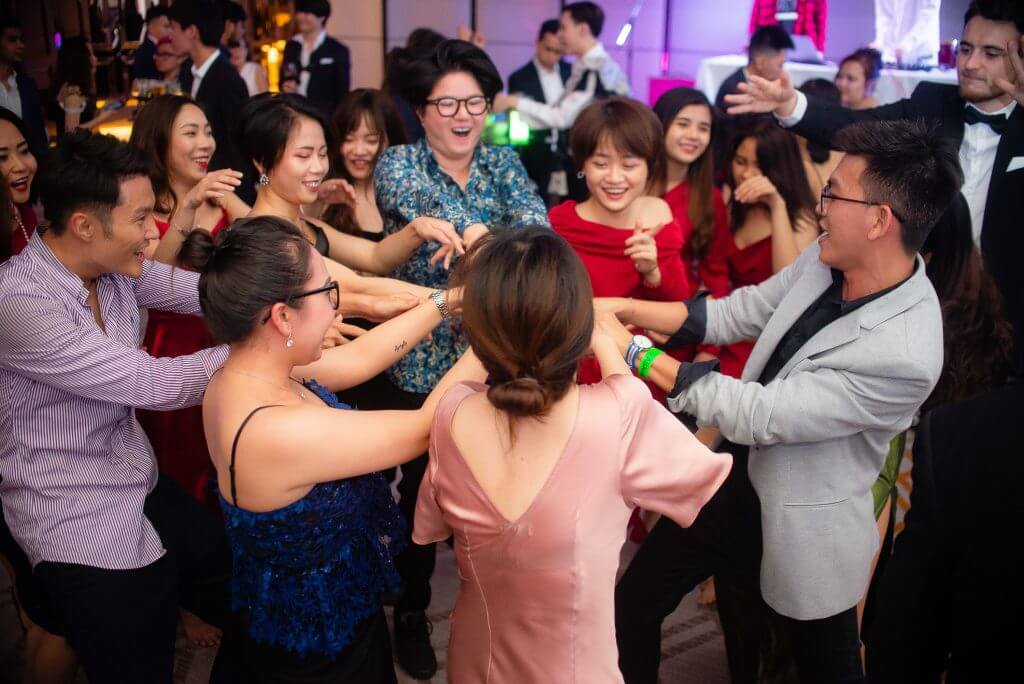 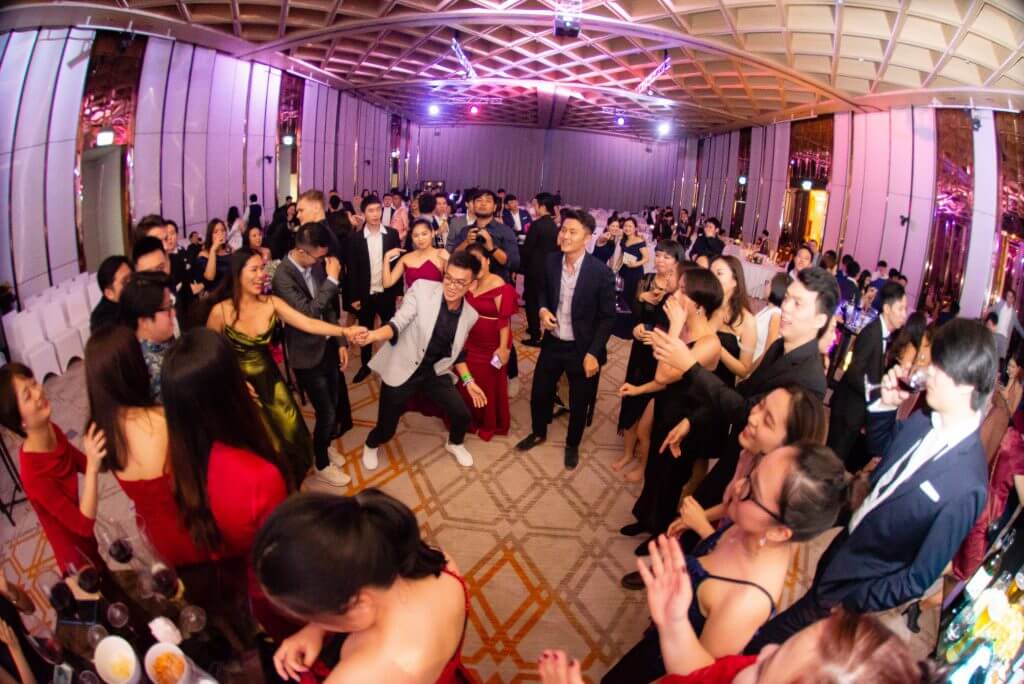 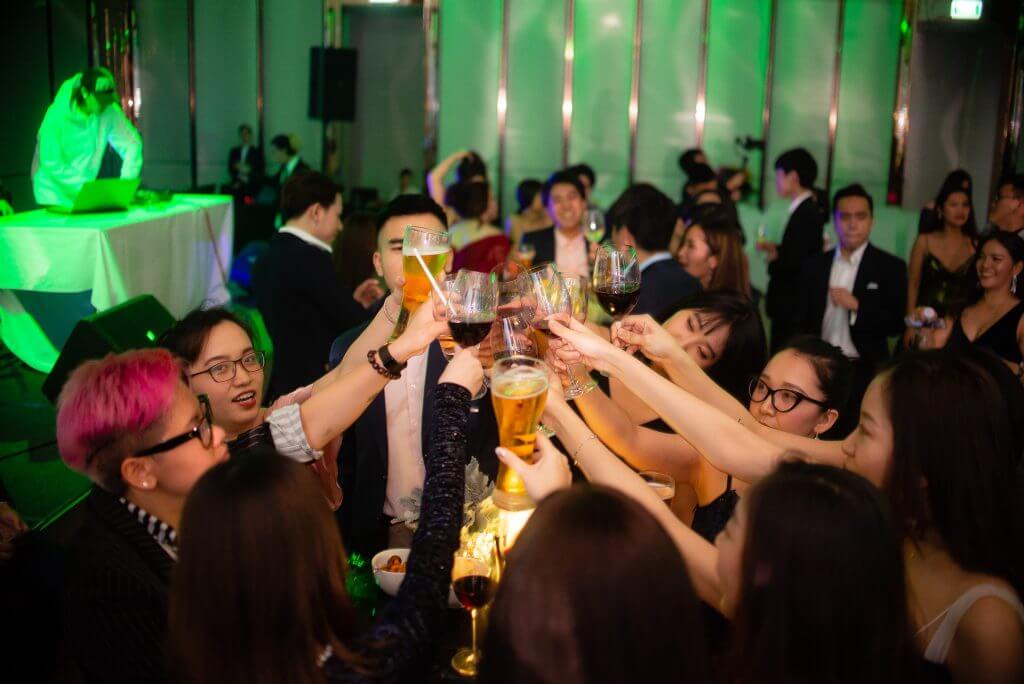 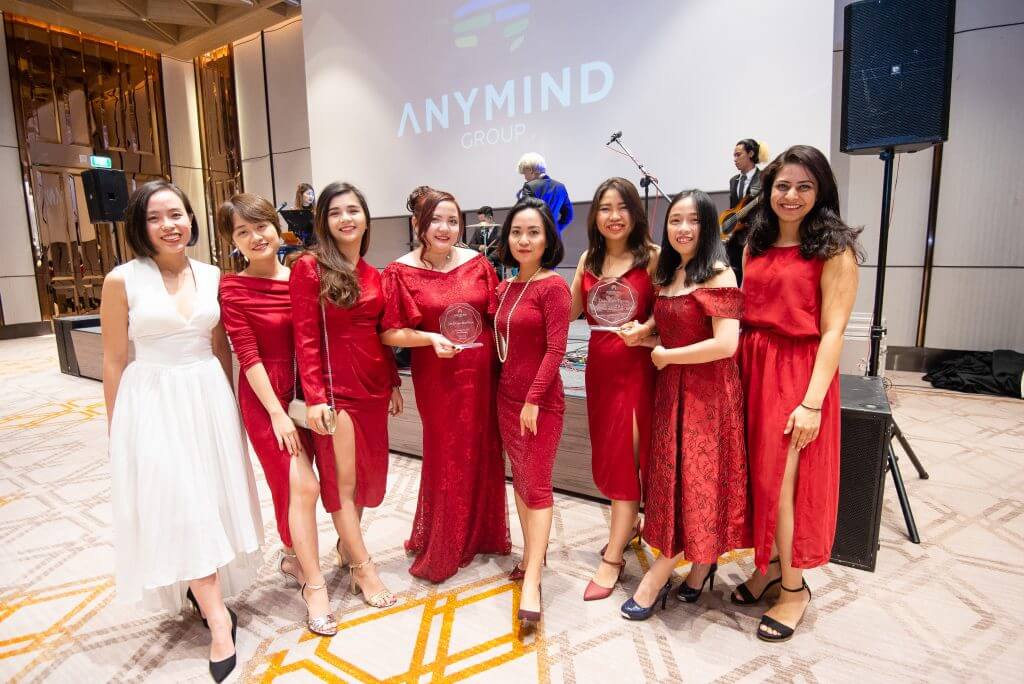 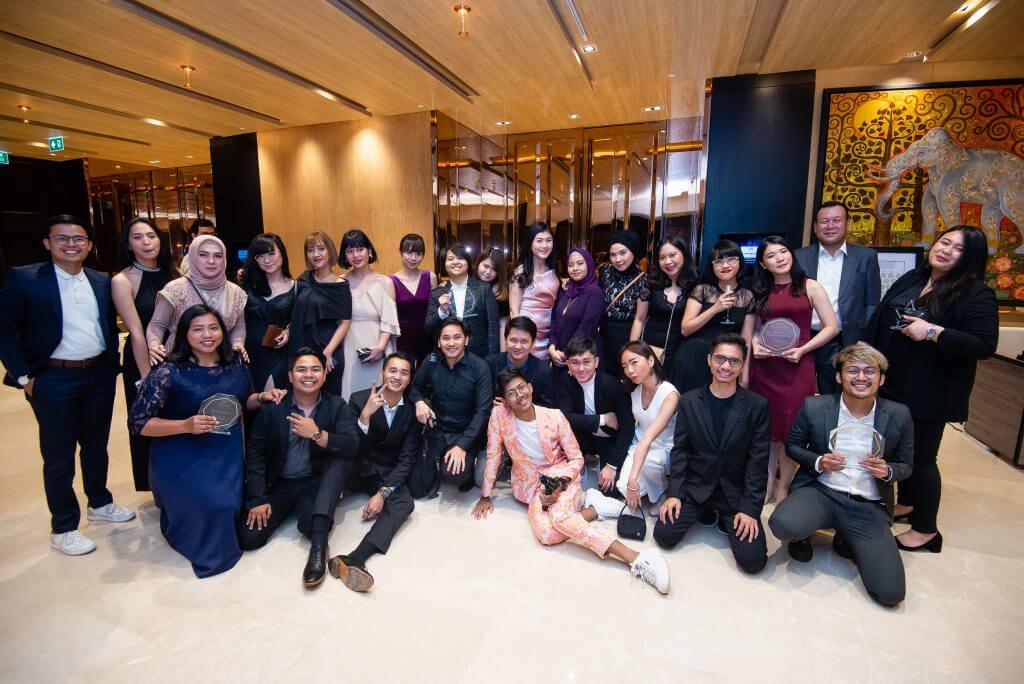 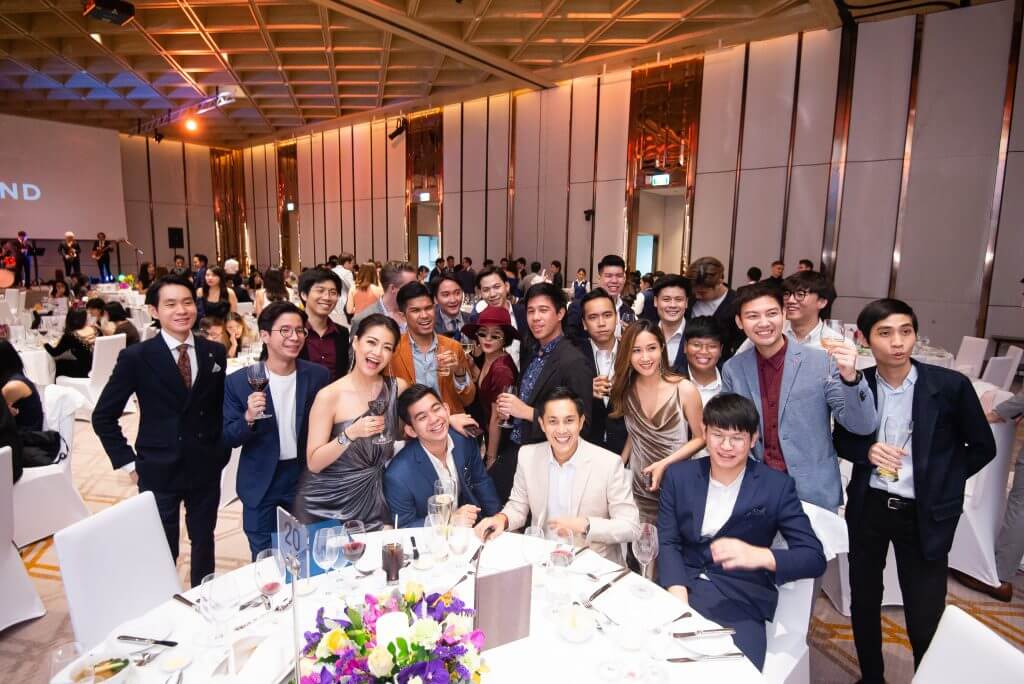