The second-ever leadership bootcamp was held on the eve of AnyMind Group closing a Series B round of funding, and also signified an evolution in the company’s approach. The rebuilding and reinforcement of existing structures and new processes look to place the company in good stead for a Series B-level organization. 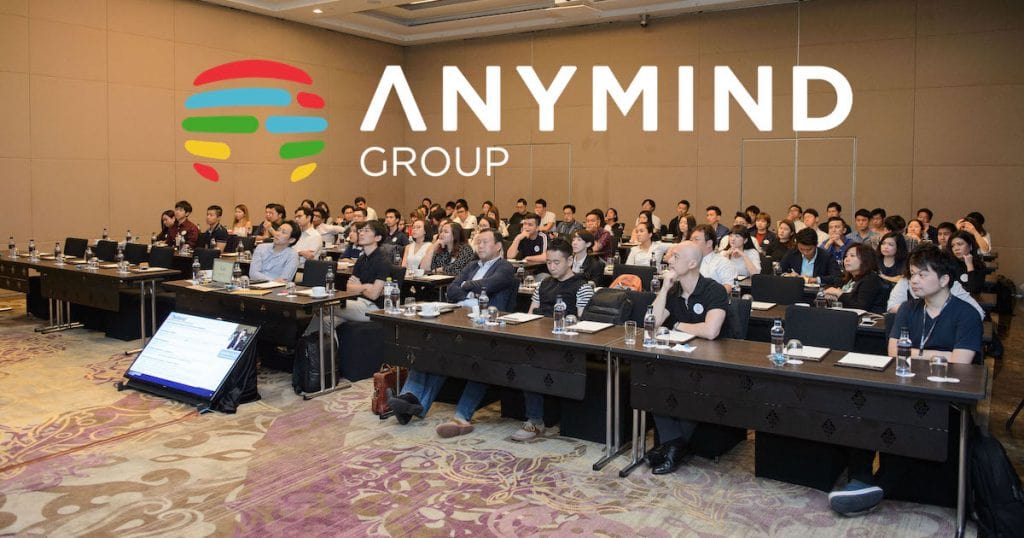 The July 2018 internal announcement of a new company philosophy (Growth for Everyone), mission and values, has injected renewed vigor into a company that reached its 2.5-year mark.

In an internal blog post by Kosuke Sogo, CEO and co-founder of AnyMind Group, he summarized and outlined the future in a simple paragraph: “What we’re building right now is the foundations of a growing giant. What you’re doing now will make history one day. From today onwards, I want you to be more proactive and aggressive for growth. We will always look to grow, individually, as a team, and as a company, and that is the mindset that I want all of you to have.”

In this same vein, the bootcamp centered around the empowerment of middle managers and leaders within AnyMind Group. These bi-yearly full day training sessions are key to ensuring everyone is moving forward in the same direction. 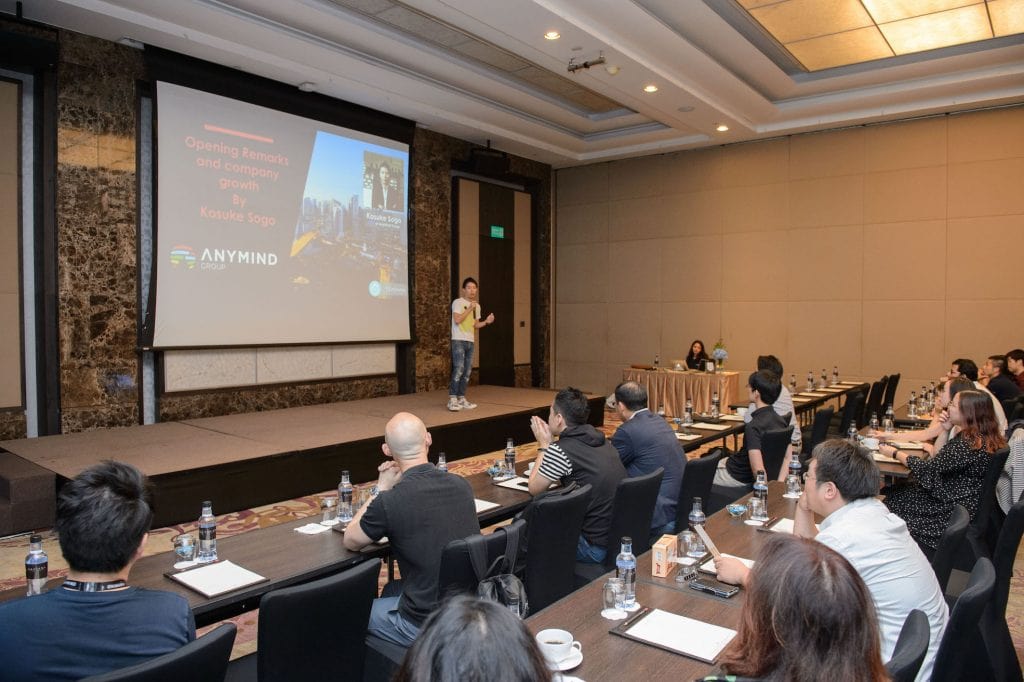 The day started off with Sogo sharing about how the business is growing as a whole, across business units including AdAsia Holdings, CastingAsia and TalentMind, along with an honest breakdown of growth obstacles, areas of improvement and plans in the pipeline. This was closely followed by a candid (and unrehearsed) chat between Sogo and Otohiko Kozutsumi, COO and co-founder of AnyMind Group, on the expectations and mindset as founders, and of leaders in AnyMind Group. 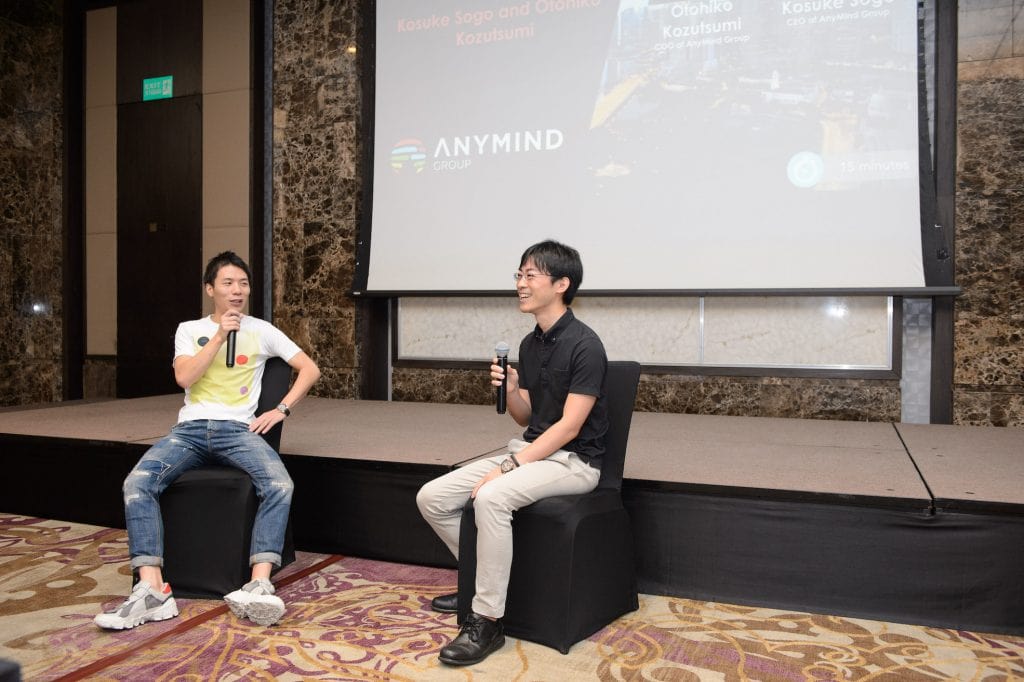 Soon after, the country managers took to the stage, sharing successful local initiatives that can be rolled out to other countries, along with regional achievements and pipeline by the regional leads for Strategic Initiatives, Communications and Culture Development.

Motivation and the mindset of a leader

Vivian Yen, Country Manager for Taiwan, then took to the stage to share more about a management philosophy that guides her – the “Flying Geese Model”, where teamwork, shared leadership, mutual encouragement and mutual support, are key for the geese to reach their objectives over the long run.

The first interactive session followed, with Jacky Cheung, Senior Regional Manager of Human Resources, moderated a panel discussion about intrinsic motivation, and how leaders can drive motivation within their teams. To obtain varied viewpoints, the panel included staff from HR, the management team, engineering and sales. Panel session on intrinsic motivation, with panellists from HR, management, engineering and sales

Preparing for the future

Next up was a session where leaders broke out into groups and shared how they are dealing with management issues, with each group gaining insight into cross-cultural team management and effective ways to manage better. As a 2.5-year-old company that scaled to 330 staff and spans across 11 markets, there will inadvertently be growing pains. Within this context, the attendees had an open discussion on how to fix certain issues (both locally and regionally), and find ways to effectively work better – this also signified a change in the mindsets of all leaders in AnyMind Group, with ownership of their scope and responsibility for their teams top of the agenda. With AnyMind Group establishing itself as one of the fastest-growing technology companies, a session designed specifically for products was a no-brainer, with almost 80 leaders from 11 markets putting their thinking hats on and finding ways to further drive our products.

This is essential as product managers could hold an honest discussion and gain market-specific insights, whilst aligning local teams with the greater product and market strategy.

The workshop ended with closing remarks from Keizo Okawa, CFO for AnyMind Group, as he summed up the day and provided words of advice to the attendees.

As the company is growing so quickly, it’s important to ensure that staff are recognized for their contributions each quarter – with awards for four categories under scaled businesses – AdAsia Holdings and CastingAsia – up for grabs. These include “Best Advertiser Staff”, “Best Operations Staff”, “Best Publisher Staff” and “Best Corporate Staff.”

The bronze award for “Best Advertiser Staff” was shared between two talents: Manisin Chaita from Thailand, and Aiki Adachi from Hong Kong, with the silver award going to Dewita Laras from Indonesia, and the top gong going to Gerry Hutomo Ramadhan from the Indonesia team. With the business support function key to achieving continued success, the next award to go was for “Best Operations Staff.” Sunny from Taiwan, and Ngo Hong Vi from Vietnam took home the bronze and silver awards respectively, with Rien from Indonesia increasing the Indonesia team’s gold tally. With AdAsia Holdings aggressively moving into the publisher space through the launch of the AdAsia Digital Platform for Publishers, and acquisitions of FourM in Japan and Acqua Media in Hong Kong, the company now has an established foothold on the sell-side in Asia. There was a clear winner for the “Best Publisher Staff” award, with Miki Hata from Japan taking that trophy.

As with any other company, the corporate team forms the backbone of the company – with two winners this time around – Azahar Zainuddin from the Singapore office getting the silver award. He has been instrumental in setting up the company’s internal training program, and raising the overall standard of knowledge and education across AnyMind Group’s businesses. Takahiro Masuda from the Bangkok office took home the top prize, deploying a new accounting and financial system across the company’s 13 offices in Asia, and chipping in on areas that are outside his job scope, but vital for the company’s growth. 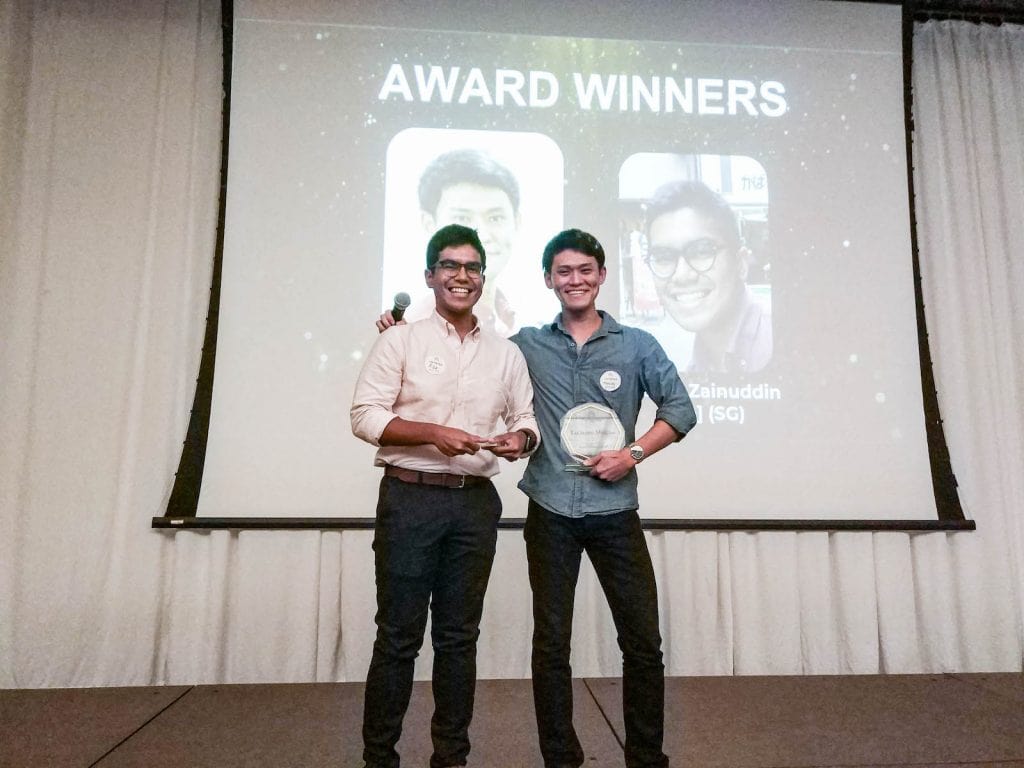 Congratulations all! We’ll be back again in January with a round-up of our all-hands meeting.