If you’ve met Gavin Floyd in-person, you wouldn’t have guessed his age. The energy he exudes is that of a person 20 years younger, and honestly, rather fetching with his colleagues and clients.

Following the small town to bigger city trend of several others at AnyMind Group, including CEO and co-founder, Kosuke Sogo, Gavin grew up in one of the most northern Scottish isles, Orkney, where he says: “men are men, and sheep are scared.”

We sit down with Gavin, who is now Deputy Head of Advertiser Engagement, based out of AnyMind Group’s Singapore office, to find out about his journey from one island to another, exchanging thick jackets to t-shirts.

“Not many people know this, but I spent a year working as a fisherman in a deep-sea trawler in the North Atlantic. It was only a year, but I’ll never forget that year. That experience made me realize I did not want to be a fisherman.” 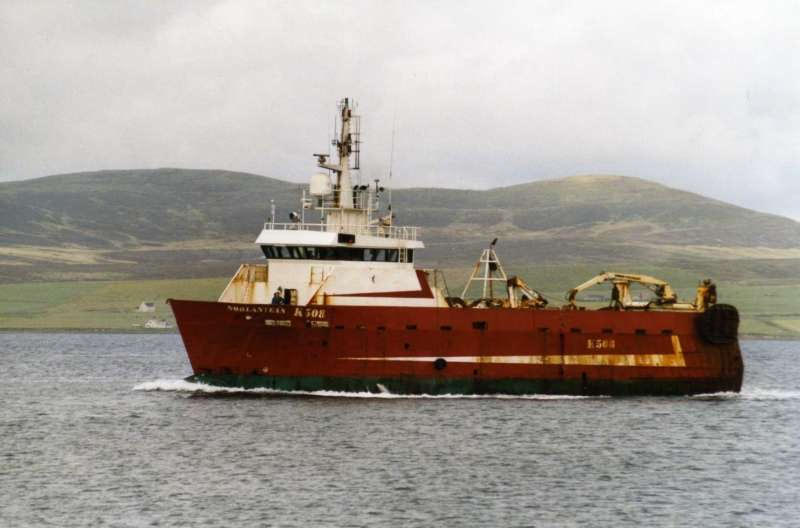 From the sea to media sales

He couldn’t get phone reception, not because he was far at sea, but because mobile carrier reception couldn’t reach so far out and there wasn’t wifi back then. Funnily enough, he then held a part-time job selling mobile phones. The same theme continued in his next job, working in a call center for a popular UK broadcaster, where he did seven-hour shifts and 100 calls a day. During this time, he also worked as a nightclub bouncer at one of Glasgow’s premium venues.

He thought long and hard about what he enjoys and how it can translate into a career. “I genuinely enjoy business development. I know it’s not completely normal, but I honestly enjoy it. I enjoy meeting new people and speaking to them, advocating what we can do to solve client’s problems, and what we stand for. I wanted a career where I could do just that,” said Gavin.

After a stint at a recruitment company, he moved into the media industry and took up a job at The Herald, the world’s longest-running national newspaper, doing sales and project management for close to four years.

“Back then, selling advertising was not complicated. There are some similarities like creative sizing and content still matters. There was no way to know who exactly saw the ad though, and I think attribution is a tad bit harder than it is today!”

In 2013, Gavin joined The Drum, a global media platform that covers the marketing industry. “I thought that they were quite edgy, quite cool and what they were doing was really exciting as a company, and the content they produced was quite interesting. I jumped in with both feet,” he said.

He joined as an account manager and got promoted three times in five years. Four years into his job at The Drum, he was sent on a reconnaissance mission to an island in Asia called Singapore.

“I was sent to check out the media, agency and marketing landscape in essence. Charlotte (Charlotte McEleny is Publisher, APAC at The Drum) was already here, and I just crammed the week full of meetings.”

Four months later, Diane Young, one of the founders of The Drum, asked him if he would be willing to relocate on a secondment basis to Singapore. “So I thought about it, I think it was for two milliseconds and said yes,” said Gavin with a laugh.

A builder with heart

“I had my own perception of Singapore before I came here – financial services, and that was it. Banks, investment banks, that was all I thought. Money management. My perception has definitely changed,” Gavin said.

When he arrived in Singapore in mid-2017, he had just some clothes and a laptop. Shawn Lim, Reporter at The Drum, joined shortly after, and the three of them built up The Drum’s brand, client and revenue base from thereon. 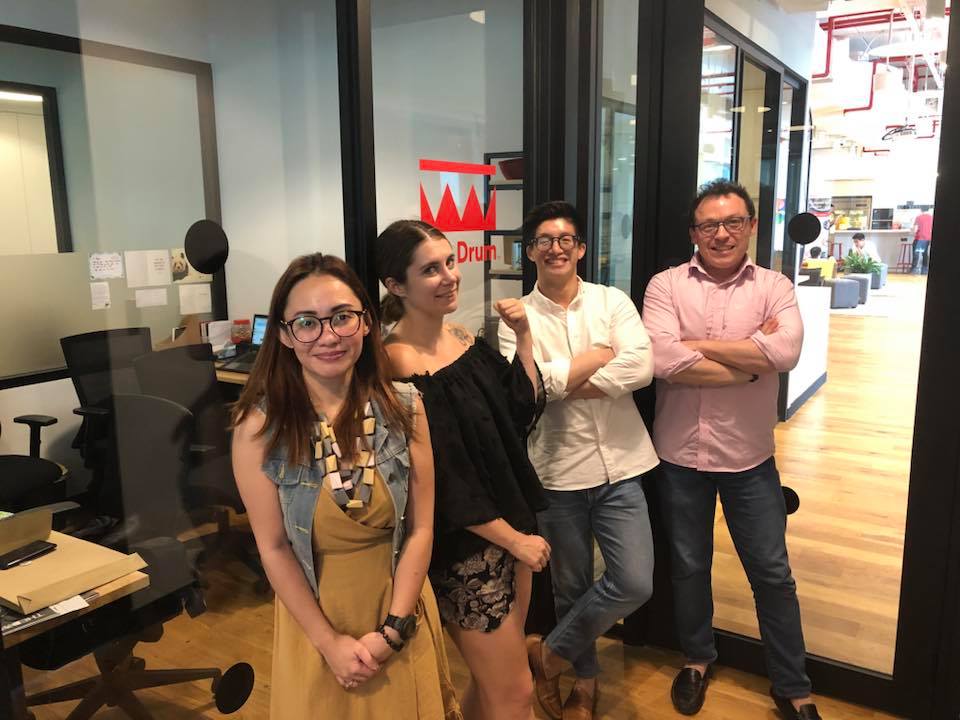 Three months into the new country, he came across AdAsia (now AnyMind Group). “At the start, I was really impressed by the expansion speed that AnyMind Group had experienced. It was mind-blowing to me.”

At the end of 2018, Gavin joined AnyMind Group. “Instead of working with one publisher and monetizing one publisher’s inventory, I’m working with over 1,200 here. It is a whole different ball game and I really relished this challenge for myself,” said Gavin.

“CastingAsia is another solution where I help agencies across the region activate in. Also, one thing that I’m doing right now is helping agencies in the UK tap into Japan, and they can leverage our high-leveled, detailed knowledge of the local markets.”

“When I say local, it’s actually local in every country, not local as in Asia, because Asia is not one country.”

So what motivates him to get to work each day?

“I need to be challenged. Whether that’s contributing to the company’s ambitious plans or my own ambitious plans. Also, the culture here at AnyMind, where you’re encouraged to try things. Might not always work, but it’s okay, as long as you learn from the experience and come back stronger.”

“I’ve had some interesting working environments when I first started my career, so now nothing fazes me,” he says.

He attributes certain traits he possess today, to the early years of his career. “Never give up. I’ll not take no for an answer, and that includes internally as well. I’ll always find the best solution.” Having worked for organizations in various forms and geographies, there are certain areas that Gavin feels, stand out at AnyMind Group, including cross-country communication and the opportunity to learn and grow.

“I’m impressed by the way we operate regionally as a team, across different cultures and country borders, different languages. It’s impressive, really, how we can work together to pull off things across the region.”

“There was also a very steep learning curve, where Vivek filled my brain in the first two days with programmatic knowledge, It was literally filled to capacity within those two days,” he exclaimed.

Gavin also attests to the effectiveness of AnyMind University, an internal online learning platform, enabling him to learn about industry and product knowledge in his own time.

“Also, we have a great and close-knit team in Singapore, we have some great lunches and conversations. We’re a small team here, but highly impactful I have to say.”

Playing Monopoly in the park

Digressing a bit into the personal life of Gavin Floyd, there was a recent new entry into his family nucleus, a six-month-old baby girl. “When I fell in love with Singapore, I fell in love with my wife whom I met while grabbing a coffee in a certain well-known coffee chain.” 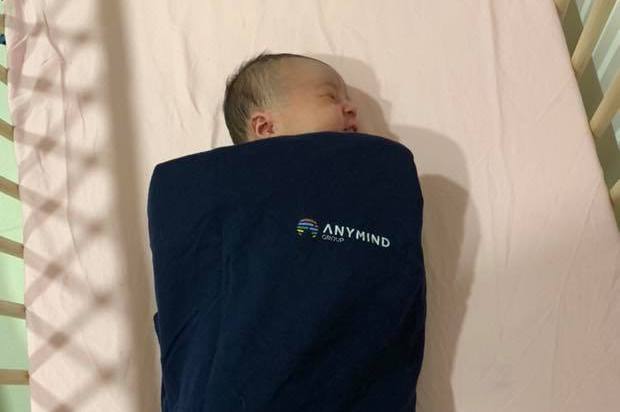 Apart from working hard, caring for his newborn and spending time with his PlayStation 4 (when he’s allowed to), Gavin also swims and does bodyweight exercises. He also adds: “My wife and I are addicted to the cinema, and when she negotiates with me, we go ‘mall living’ as well.”

“I’ve been introduced to ‘mall living’ or hanging out at the mall. It’s not really a thing in Glasgow, but over here it is. Another one is playing Monopoly in the park. We grab some food and head to the Botanic Gardens, play Monopoly, and get weird looks from everybody,” he said with a cheeky grin. 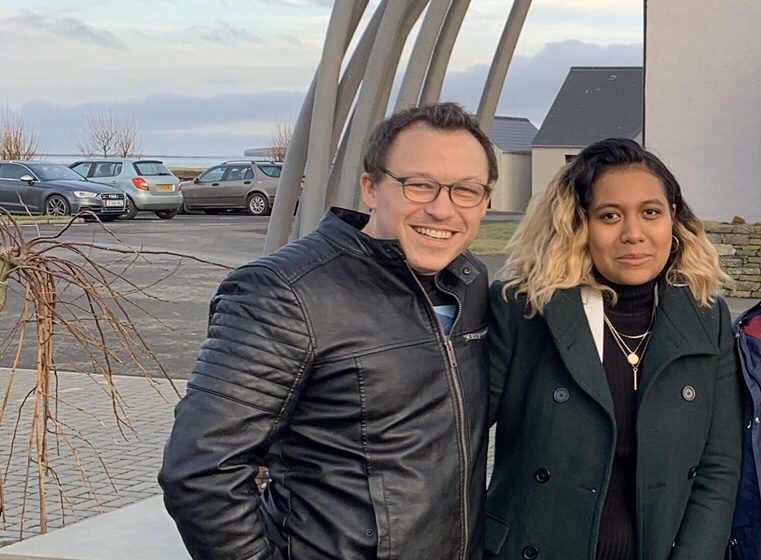 These activities, he says, helps him relax and recharge for work, and also builds up an archive of stories he can share with his colleagues.

Of heroes, aspirations and sharing

When we asked Gavin who he looks up to in the company, he mentioned with a warm smile that there are two people in particular.

“Vivek (Vivek Misra, was formerly Director of Strategic Initiatives at AnyMind Group) is like my mentor, literally, metaphorically and physically, because he is ‘older’ than me.”

“Oto-san (Otohiko Kozutsumi, co-founder of AnyMind Group) is another that I admire. He is really approachable, and we share the same wedding anniversary! That’s another good thing, there are no ivory towers here at AnyMind Group, and that’s something that has been built by the founders. Oto-san’s metaphorical door is always open to like questions and ideas, and he is very positive as well. He still gets involved in sales, which is amazing – he leads by example.”

Coming in with a knowledge background that is distinctly different from what he knows today, Gavin shared that his knowledge has grown “exponentially” in the past year, from building a foundational grasp of digital advertising by reading The Drum to having a deep understanding by working in the industry. 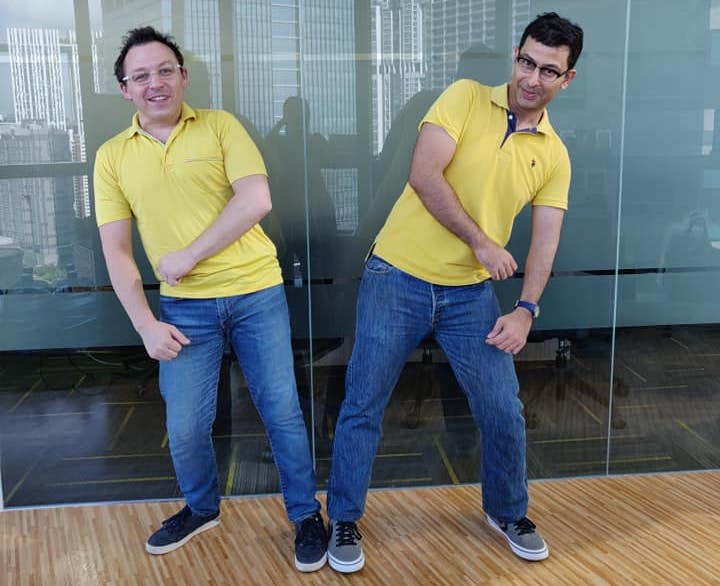 “I am really thankful for the support from the other offices and teams as well, whether it’s setting up deals or troubleshooting. I rely a lot on our publisher teams in every country, I wouldn’t be able to do my job without them.”

When discussing aspirations, Gavin went straight to the point with a simple but ambitious target: “I’d like to help grow the programmatic business and grow the AdAsia Premium Marketplace. It’s interesting because I have a key part to play in this, and no part is ever too small.”

That’s it for the colorful life of Gavin Floyd to date, putting into context the knowledge of Asia that he shared during a recent event in London.

A person who is always up for good banter and beer, if you’re an agency looking to activate programmatic campaigns through the AdAsia Premium Marketplace or try a hand out at the CastingAsia platform, Gavin’s your guy.