Another quarter passes, another all-hands meeting! In October, the entire team at AdAsia Holdings gathered in Vietnam, where the management team shared the past quarter's achievements, next quarter's plans and the future direction of the company. With the company now in nine countries and 10 offices (and still growing), this meeting served as an opportunity for cross-country teams to meet in-person and share their local experiences with others. 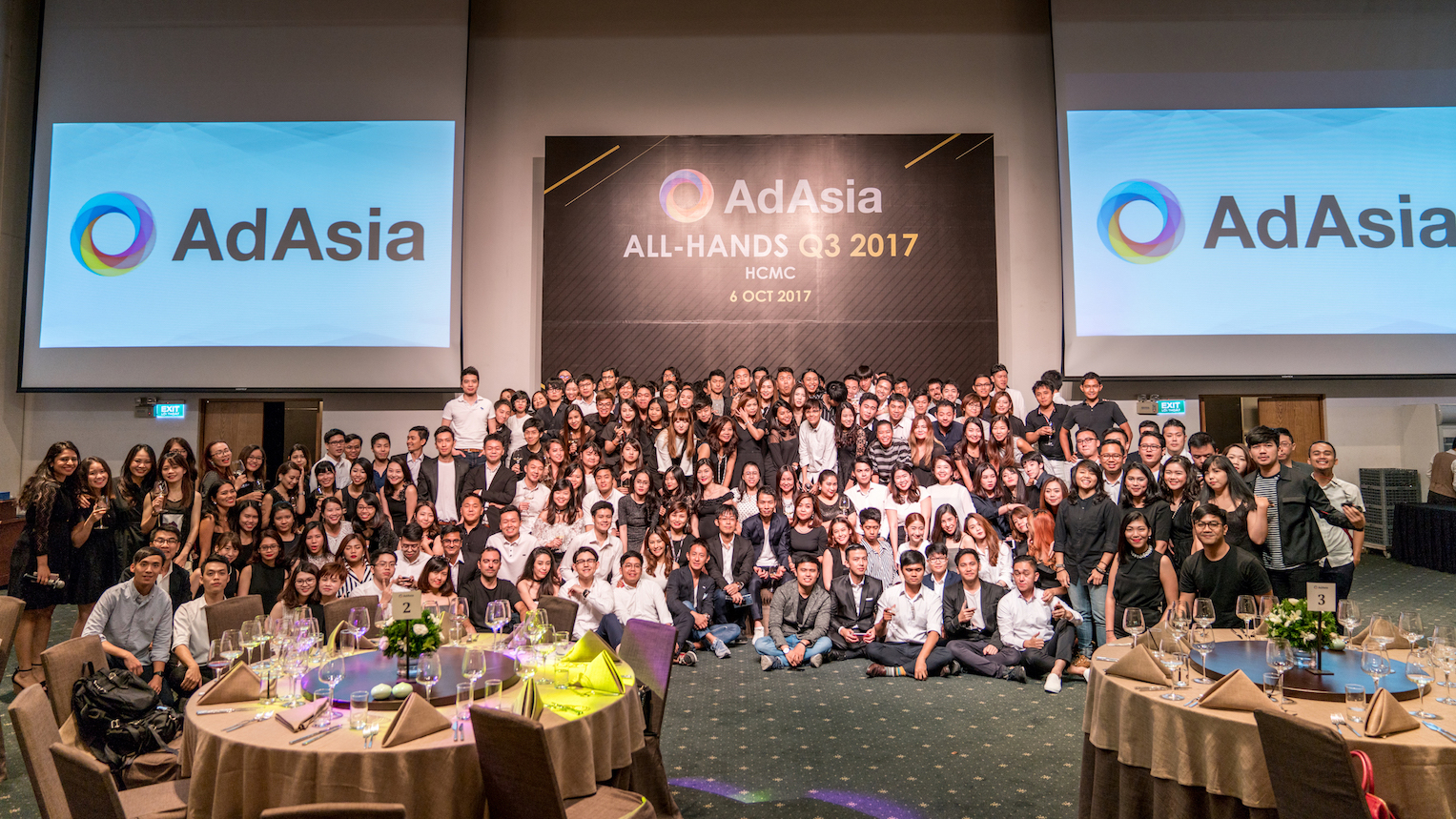 This was the first all-hands meeting held outside of Thailand, with Ho Chi Minh City hosting the company this time. A new location meant a new venue as well, which was very much needed with the AdAsia family now over 230-staff strong. Every quarter, the photographer has to take a few steps further back to accommodate the entire team! Q3 2017 was an eventful one. The biggest news was securing an additional US$2.5 million in funding from angel investor Hisanori Watanabe, and news app provider, Gunosy, closing the company’s Series A funding total at US$14.5 million. Shortly after, the company also confirmed the acquisition of FourM, a leading publisher trading desk company in Japan. The FourM team and their suite of solutions for publishers have been integrated into AdAsia Holding’s offerings.

Turning to a review of the company’s performance thus far this year, Sogo shared that the company is currently achieving, on average, a 30% quarter-on-quarter increase in revenue this year. With ambitious targets to hit, this was welcome news and a result of the hard work that everyone puts in, day in and day out. There was also the announcement of the next stage of the company’s development, establishing AdAsia Holdings as a technology company that offers a suite of solutions across industries and job functions. In addition to our marketing and advertising products, the company will soon be launching its first solution for the human resource industry.

To cap off all this serious corporate talk, highlights of the past quarter were also reviewed, including winning the Red Herring 100 Asia 2017 award. AdAsia Holdings is one of the youngest companies to do so!

Q3 2017 was certainly an eventful one for the company, wasn’t it? With the announcements over, Chief Operating Officer and co-founder, Otohiko Kozutsumi, presented the awards recognizing the highest achieving staff for the past quarter. As with the last all-hands, there were three winners each for the Client Success and corporate departments.

Starting off with the Client Success department, Yuta Otani was awarded 3rd place for his ability to deliver consistent results for clients the past quarter! 2nd place went to Le Thi Hoa, and the Vietnam team completed the one-two combo when Pham Nguyen Anh Thu snagged the top prize!

On the corporate staff side, ‘Mr. Popular’, Pratan Thinsomchaisin, came in 3rd place, while Devi Aprilla from the finance team in Indonesia placed 2nd. Toffy from the creative team in Thailand clinched the top prize after all her recent hard work!

Congrats to all the winners! With all the formalities said and done, it was time to eat, drink, and be merry! New friends were made, old partnerships rekindled, and a good time was had by one and all: 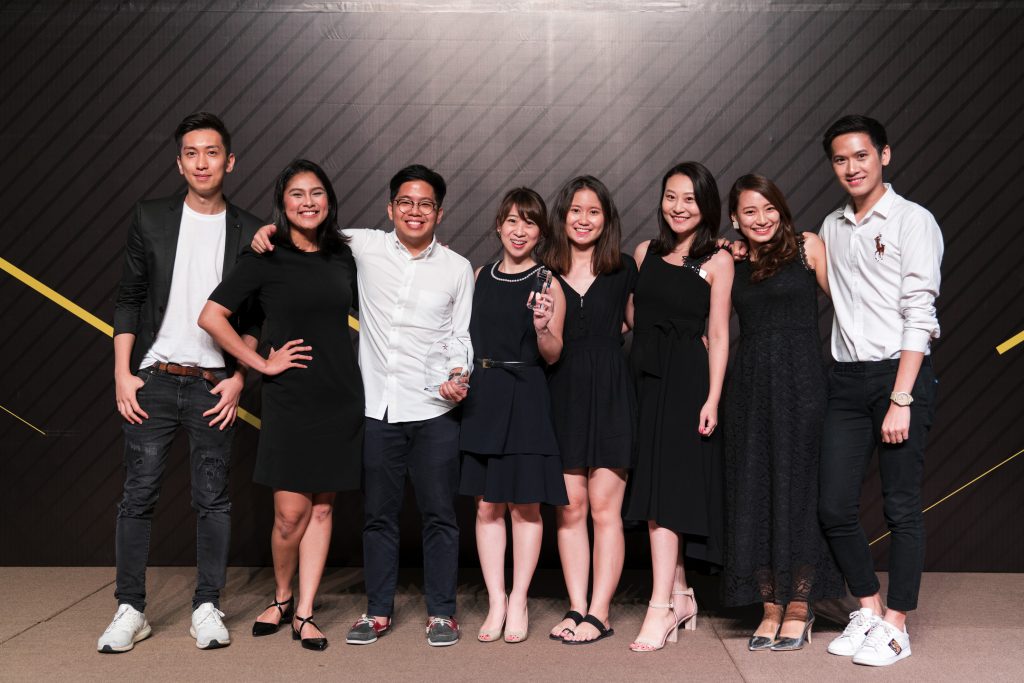 See you all again in early-2018 for the next all-hands report! You can be sure that there would have been even more big announcements by then.