AnyMind Group was at the inaugural edition of the Mumbrella Asia Travel Marketing Summit on 16th April 2018. Having been successfully held in Australia for several years, Singapore was the conference’s first step out from the land down under. 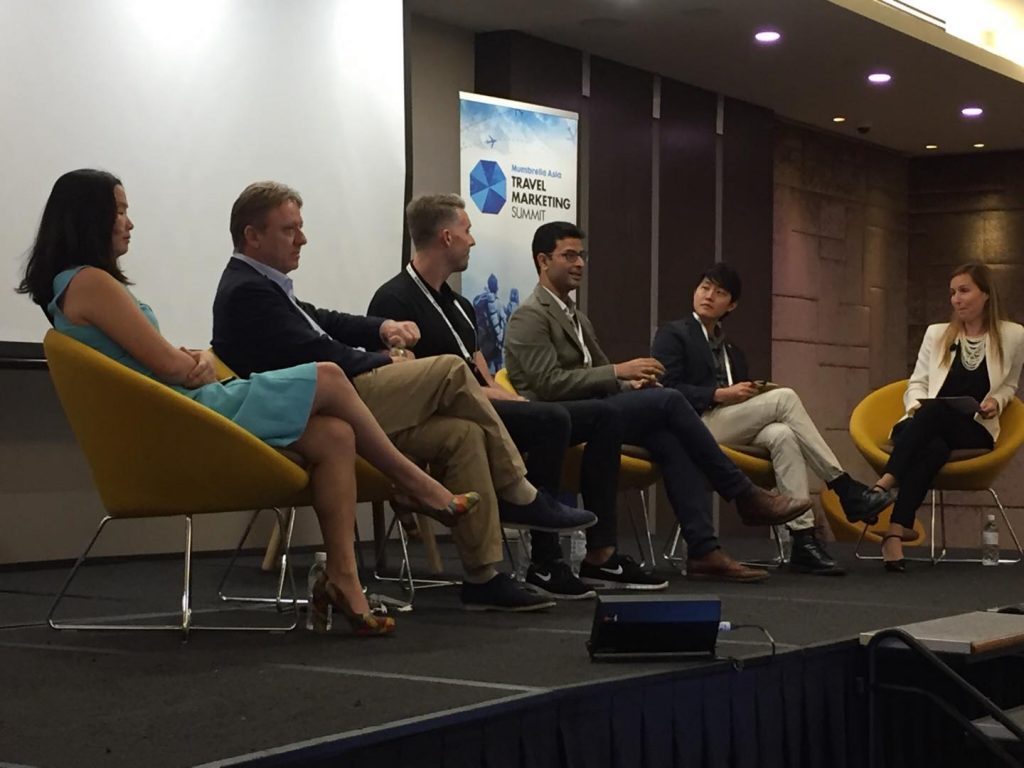 AnyMind Group was at the inaugural edition of the Mumbrella Asia Travel Marketing Summit on 16th April 2018. Having been successfully held in Australia for several years, Singapore was the conference’s first step out from the land down under.

The crowd, consisting of travel brands including airlines, hotels and OTAs, had good reason to attend, as the conference explored themes ranging from AI’s potential applications within the hospitality space and how the human touch still remains indispensable, to a shift from marketing destinations to marketing experiences and the growing role that influencers play in that aspect. The day was filled with all manner of insightful topics. 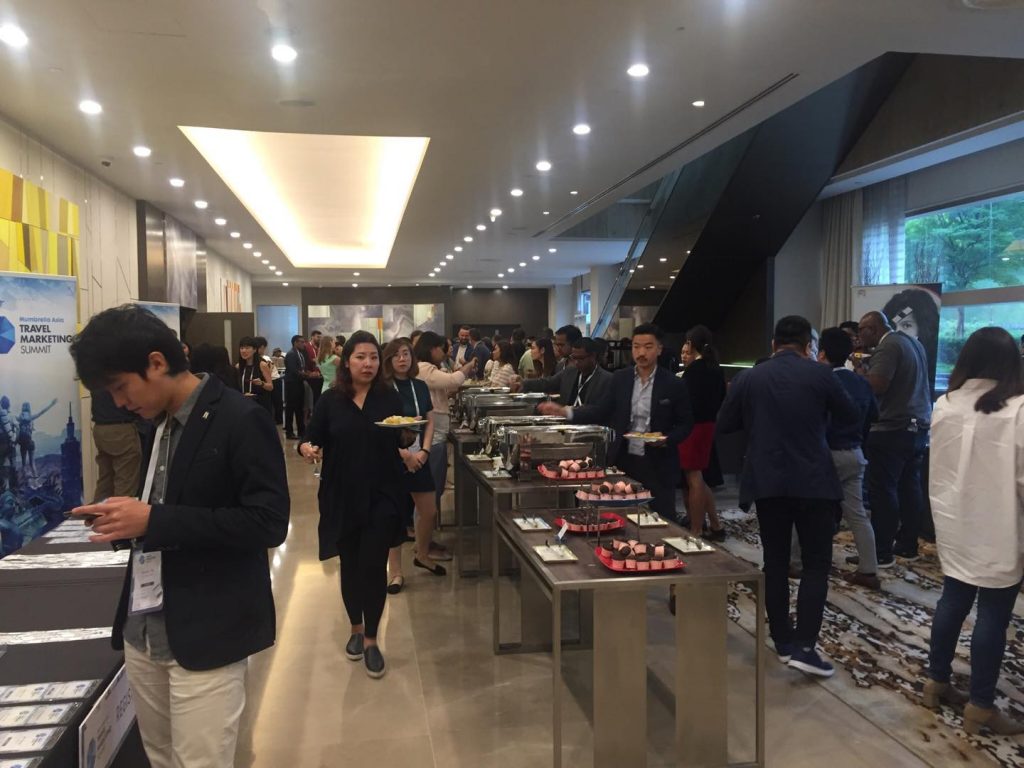 The advertising and marketing industry is constantly evolving, with new tools and improvements seemingly coming out every other week, and the travel industry is not immune to these changes either. Disruption and innovation of all sorts served as the undercurrent for the day, and it was against this backdrop that Vivek Misra, Director of Corporate Strategy at AnyMind Group, took to the stage as part of a panel comprising of representatives from the influencer and vendor spheres of the influencer marketing domain.

The session began with a discussion on ROI, an area yet to be fully fleshed out or established in influencer marketing, which can sometimes lead to miscommunication on campaign goals and capabilities. All were in agreement that vanity metrics such as likes and shares are, for now, the most easily-quantifiable metrics available, but with aspects unique to the channel (for example, the savings on creatives due to the ease of content repurposing), there remains some way to go before a standardised set of metrics or benchmarks are agreed on.

On this, Misra pointed out one oft-overlooked aspect to consider when measuring the effect of influencer campaigns: “Display advertising impressions are ephemeral, but an influencer’s content has persistency – there’s a lasting value to it,” Misra said. The influencers on the panel agreed, mentioning that some views of their blog posts or videos came several months after they first went up. 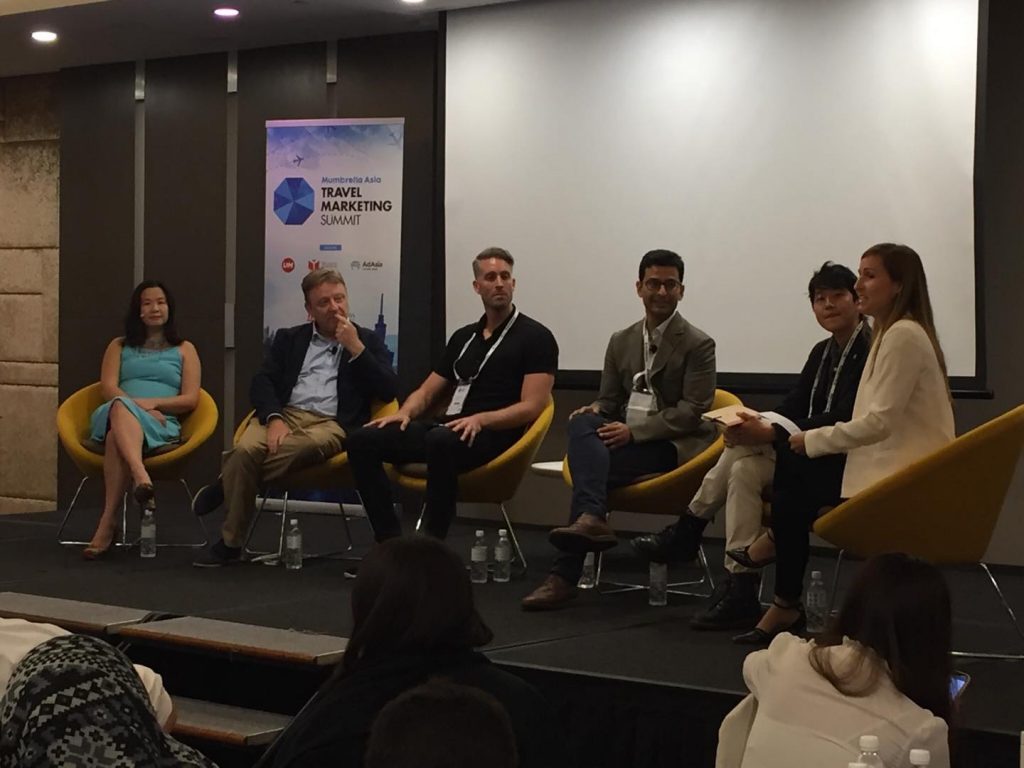 The important roles machines and humans play in influencer marketing

Keeping in line with the overall event’s focus on innovation, the topic of automation (via technology and AI) taking on an increasing role in influencer marketing was up next. Misra put forward the point of how the management aspect of any influencer marketing campaign still requires a human touch, helping brands and influencers understand each others’ operations to foster working relationships.

Tech will drive the future of influencer marketing

That said, technology enabling automation and lowering barriers of entry to the industry via a marketplace model not only makes things easier for brands and influencers to work together now, but serves to help the industry along its maturation process. With greater ease of entry, the field becomes more liquid, leading to better pricing models, more mature and professional influencers, and greater transparency around metrics, benchmarks and general operations.

The increased need for education

To close the panel with a bang, via a detour offered by the Facebook representative on the panel, the true impact of influencers was called into question, to which the influencers on the panel (understandably) provided their rebuttals. For an industry still very young and experiencing growing pains, it’s an unfortunate reality that there exist influencers who don’t quite do much, well, influencing.

To this end, it was agreed that, with time, the industry would self-regulate, weeding out bad players through an organic increase in transparency and the establishment of universally-accepted benchmarks and standards. To help it along the way however, tech vendors and agencies could do more to educate both sides of the influencer marketing coin. Human touch, remember?

As with almost every vertical, there is a significant space in the travel industry for influencer marketing to play its burgeoning role. Travel lends itself very naturally to the content influencers put out; videos and pictures of breathtaking vistas and other sights, with words painting vivid experiences that speak to the adventurer in all of us. It’s very much a win-win situation – now it’s time to work towards doing things right.